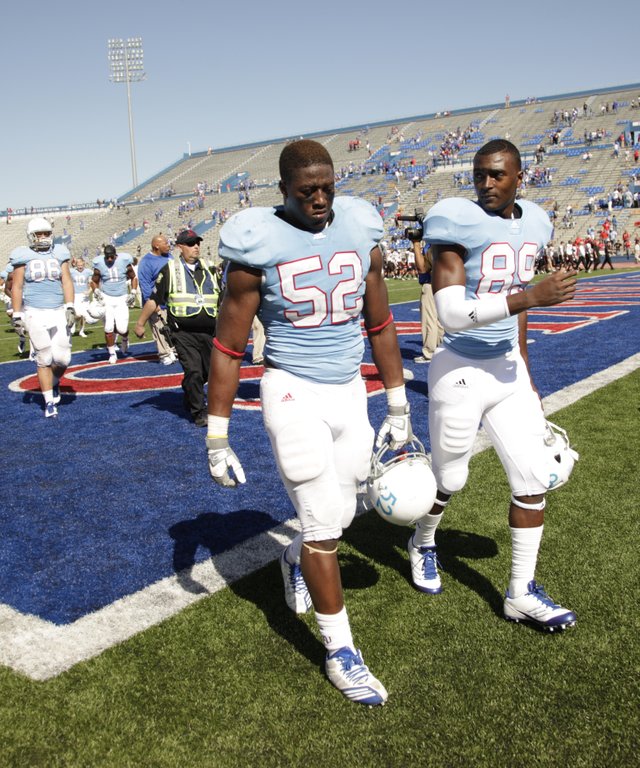 There were only a few minutes remaining in the game and Texas had built a 43-0 lead. The Kansas University football team was staring down the barrel of a sixth-straight loss, the fourth in a row by 30 points or more, and the familiar feeling of disappointment, frustration and embarrassment was starting to creep into the players’ minds.