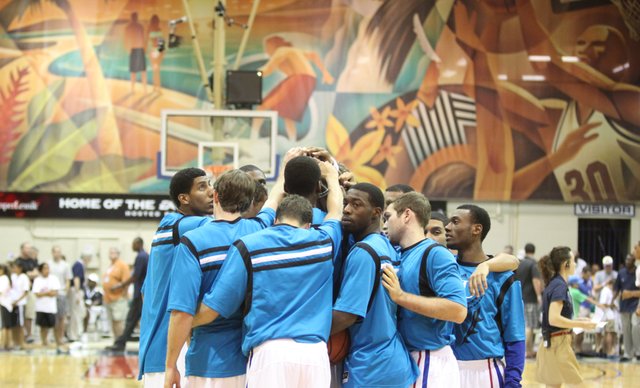 The Kansas Jayhawks come together in a huddle wearing special warmups for the Maui Invitational before tipping off against Georgetown on Monday, Nov. 21, 2011 at the Lahaina Civic Center.

KU's Bill Self, Wake's Danny Manning happy their teams are on opposite sides of bracket

The Kansas University men's basketball team will open this year's Maui Invitational with an 8 p.m. central time tip-off against Chaminade on Nov. 23. The full bracket, which was released Tuesday, features KU taking on the host school in the opener and then facing the winner or loser of the final game of the opening day between UNLV and UCLA.