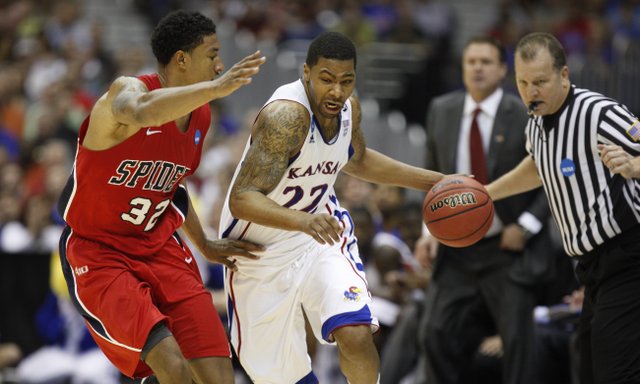 Kansas forward Marcus Morris drives against Richmond forward Justin Harper during the first half on Friday, March 25, 2011 at the Alamodome in San Antonio.

Former Kansas University forward Marcus Morris, who continues his tour of NBA cities leading up to the June 23 draft, worked out for the Milwaukee Bucks on Wednesday.

The Morris twins were asked about their futures Saturday at the Alamodome. Have the two reached a decision whether to enter the NBA Draft or return to Kansas University for a final season?