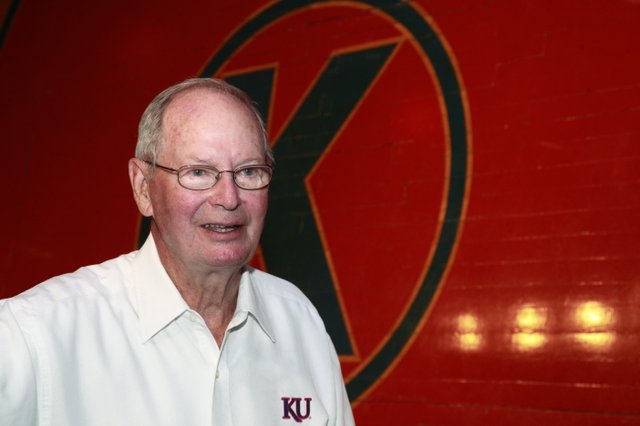 Former KU Basketball coach Ted Owens was on hand for a hall of fame induction at the Booth Family Hall of Athletics on Sept. 25, 2010.

On a cotton farm three miles south of Hollis, Okla., during the Great Depression, exhaustion from working the land all day was no match for a father’s love of his three sons. So when the boys came home from school, Homer Owens would unleash the mules, grab a baseball bat and hit them “skinners,” more commonly known as grounders.

He was the man in a different era. He was a good coach, cared for his players, won many great games, lost some he shouldn't due to his fault and officials. His career was ended at KU when money became the most important cog in the Wheel. Win at all cost. Don't get me wrong, this is also a great time for KU basketball. Thanks Ted for many great memories.

Agree, a great gentleman. KU basketball and world are better because of Ted Owens.