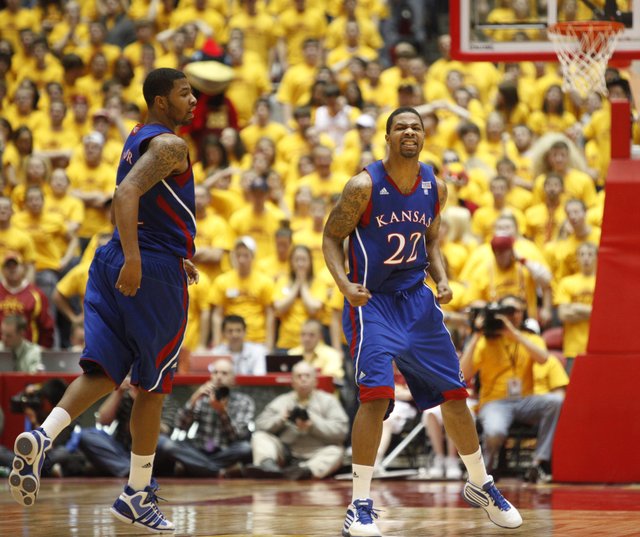 Kansas forward Marcus Morris (22) clenches his fists as he and twin brother Markieff head back on defense after a Jayhawk bucket against Iowa State during the second half. Marcus had 33 points and Markieff 17 in the Jayhawks’ 84-79 victory Wednesday in Ames, Iowa.

Marcus Morris, who exploded for a career-high 33 points and grabbed a career-best 13 rebounds in Kansas University’s Big 12 opener on Wednesday night, grinned when asked if he’s planning on similar production each and every night during the conference season.