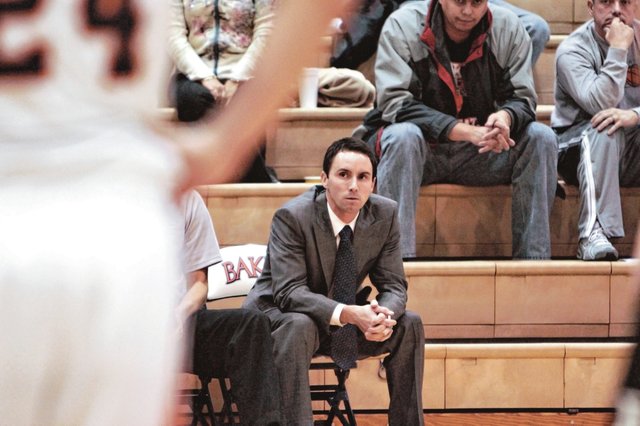 Baker University Head coach Brett Ballard Watches his team as it plays Evangel on Dec. 7 in Baldwin City. Ballard, a former Kansas University player and assistant for coach Bill Self, has coached Baker to a 9-3 start in his second year with the program.

Now director of basketball operations for Kansas University’s third-ranked basketball team, Barry Hinson knows how to evaluate college basketball coaches, having been a successful one himself.

Building a winner: Former Jayhawk Brett Ballard has Baker basketball on the rise

It’s nearly impossible to count all of the lessons Brett Ballard learned from Kansas University men’s basketball coach Bill Self during Ballard’s time as the program’s director of basketball operations.