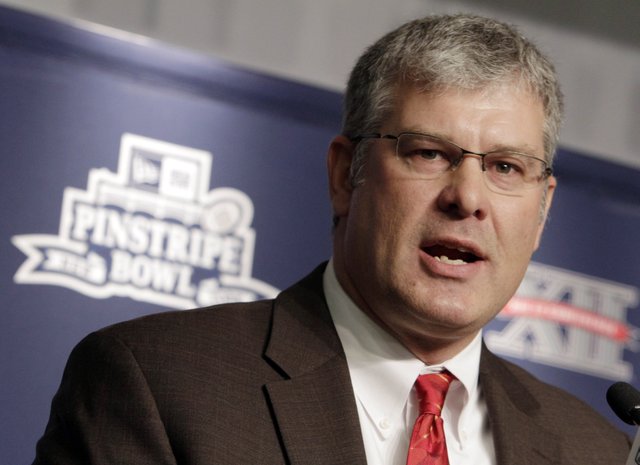 Iowa State coach Paul Rhoads addresses the media during a news conference on Dec. 7 at New York’s Yankee Stadium, where, on Dec. 30, the Cyclones will face Rutgers in the Pinstripe Bowl. ISU rewarded Rhoads with a 10-year contract on Friday.