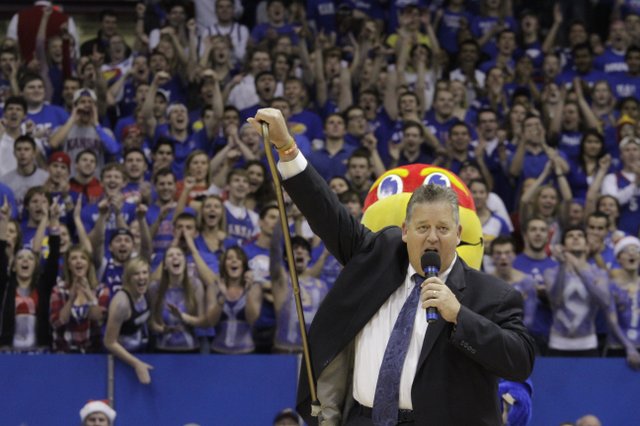 When asked at his introductory news conference last week what he would do if his son wanted to coach defense, Kansas University football coach Charlie Weis painted a clear and comedic picture.

It didn’t take long for new Kansas University football coach Charlie Weis to win over the KU basketball crowd. If he can get the same response from roughly three times as many people next fall at Memorial Stadium, he might be on his way.