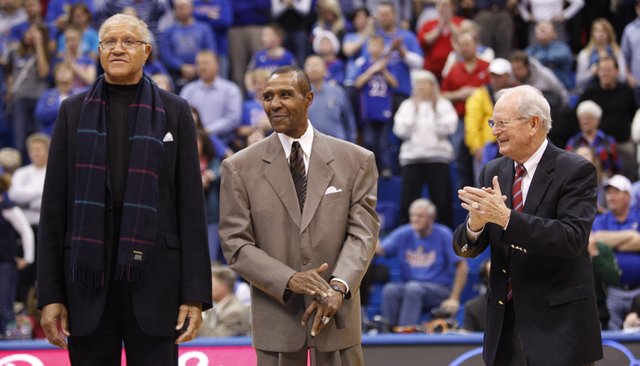 Jo Jo White, whose jersey hangs in the rafters of both Allen Fieldhouse and the NBA’s Boston Garden, next will be immortalized in the Naismith Memorial Basketball Hall of Fame in Springfield, Massachusetts. By Gary Bedore