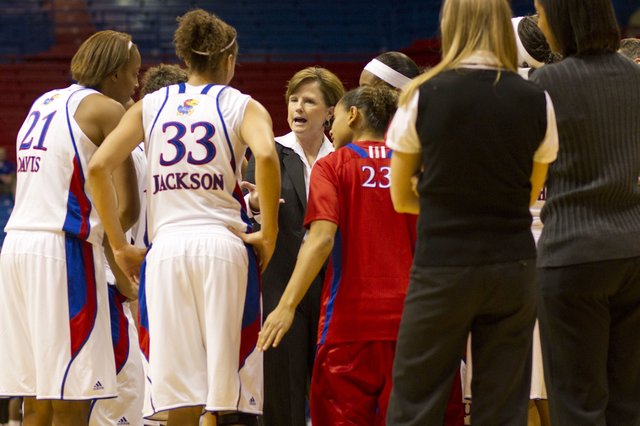 Kansas University head coach Bonnie Henrickson talks to her team during a timeout in their game against Memphis Saturday, Nov. 27, 2010 at Allen Fieldhouse. The Jayhawks were too much for the Tigers, beating them 90-58.

The Kansas University women's basketball team will play 19 teams that advanced to the postseason last year in its 2011-12 schedule, which was released Tuesday.

Searching for a way to snap its three-game conference losing skid, the Kansas University women’s basketball team turns its attention to a bitter rival as the Jayhawks take on Missouri at 7 tonight in Columbia, Mo.

With Kansas University sophomore point guard Angel Goodrich out two to three weeks after having a knee scoped, a lot of responsibility falls on the shoulders of freshman guard Keena Mays.