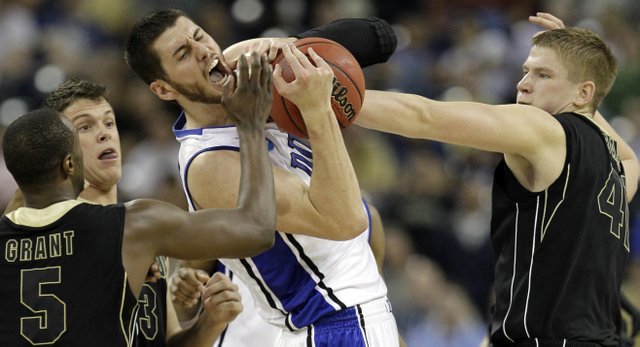 Duke advances to round of eight, beats Purdue

Kyle Singler scored 24 points and Jon Scheyer added 18, snapping out of a shooting slump just in time to help top-seeded Duke advance to the round of eight for the first time since 2004 with a 70-57 win over Purdue on Friday night.