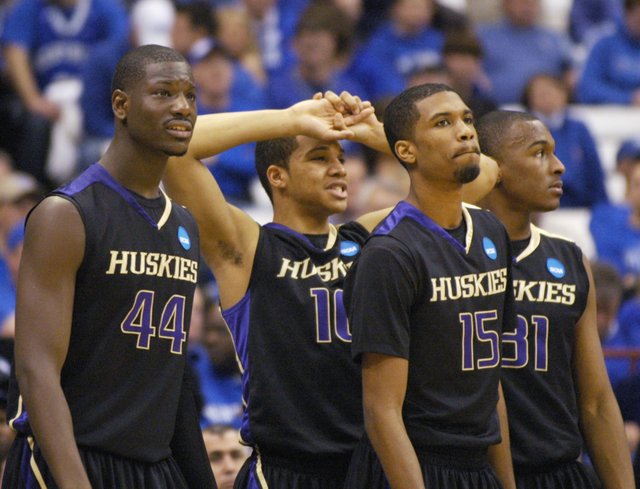 Washington's Darnell Gant (44) looks on with teammates Abdul Gaddy (10), Scott Suggs (15) and Elston Turner (31) during the second half of a semifinal against West Virginia in the East Regional of the NCAA college basketball tournament Thursday, March 25, 2010, in Syracuse, N.Y. West Virginia won 69-56.