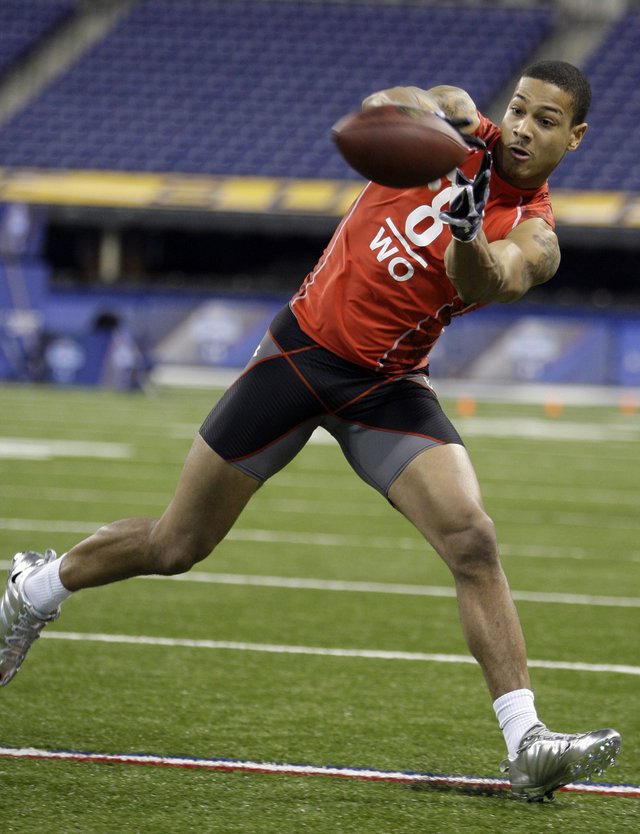 Former Kansas University receiver Dezmon Briscoe runs through a drill during the NFL combine. Wide receivers were among those put through their paces Sunday in Indianapolis.

Bengals grab Briscoe in 6th Round

Although he expected to be a mid-round selection, former Kansas wide receiver Dezmon Briscoe had to wait until the 22nd pick of the sixth round (191st overall) of the NFL Draft to hear his name called.

Sunday, in Indianapolis, former Kansas University receivers Dezmon Briscoe and Kerry Meier ran decent but not dazzling times during their workout at the combine in front of scouts, coaches and doctors from all 32 NFL teams.