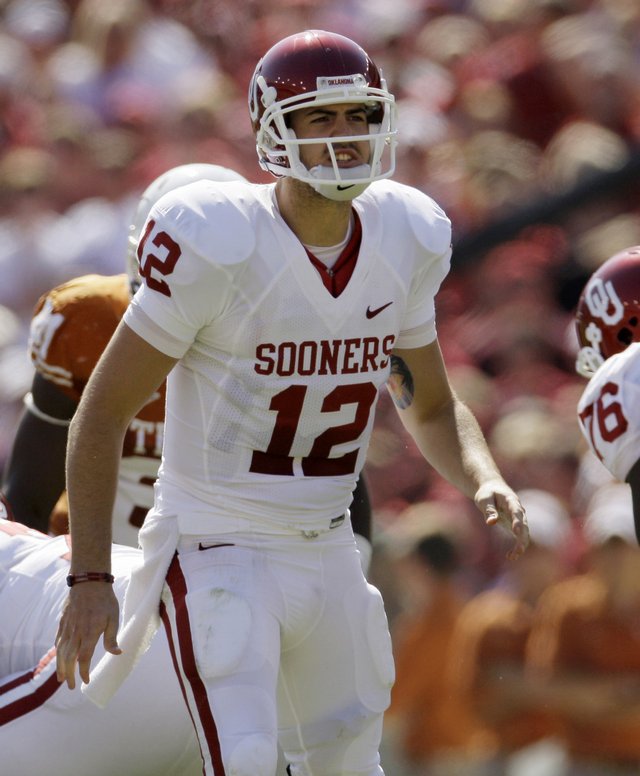 Oklahoma quarterback Landry Jones (12) makes a call at the line of scrimmage against Texas on Oct. 17 in Dallas. Jones will start against Kansas on Saturday.

Less than halfway through his first game as the backup to Heisman Trophy winner Sam Bradford, Landry Jones got called on to make his Oklahoma debut much earlier than expected.