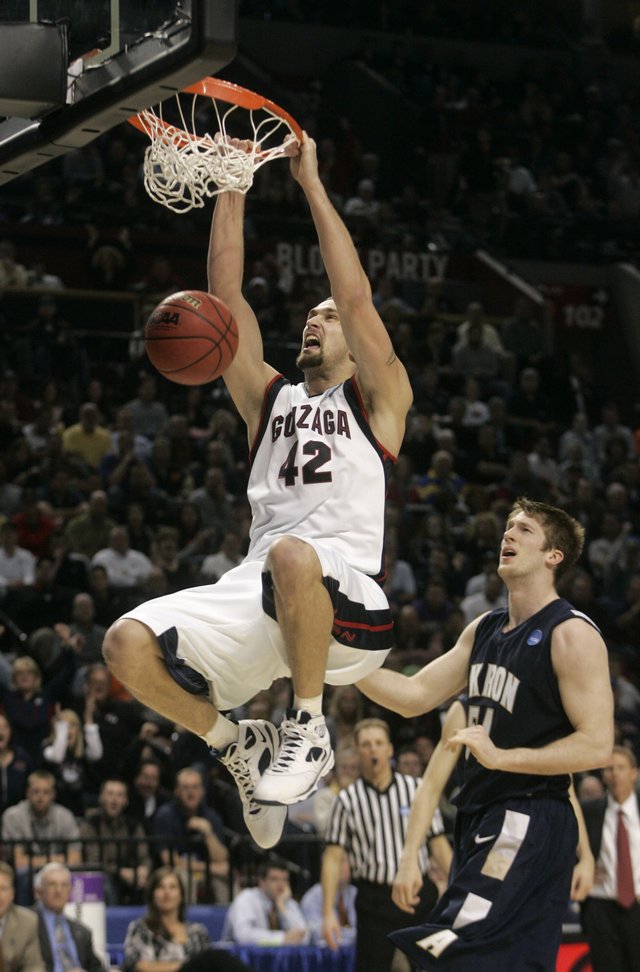 Gonzaga forward Josh Heytvelt, left, scores against Akron center Mike Bardo during the second half in the first round of the men's NCAA college basketball tournament in Portland, Ore., Thursday, March 19, 2009. Heytvelt scored 22 points as they beat Akron 77-64.

Staring at a third straight first-round flop, Gonzaga responded like the talented and NCAA tournament-tested team it is. Josh Heytvelt scored 22 points — seven during a decisive late run — and the Bulldogs rallied to get past rugged, determined but ultimately overwhelmed Akron 77-64 on Thursday night in the South Regional.