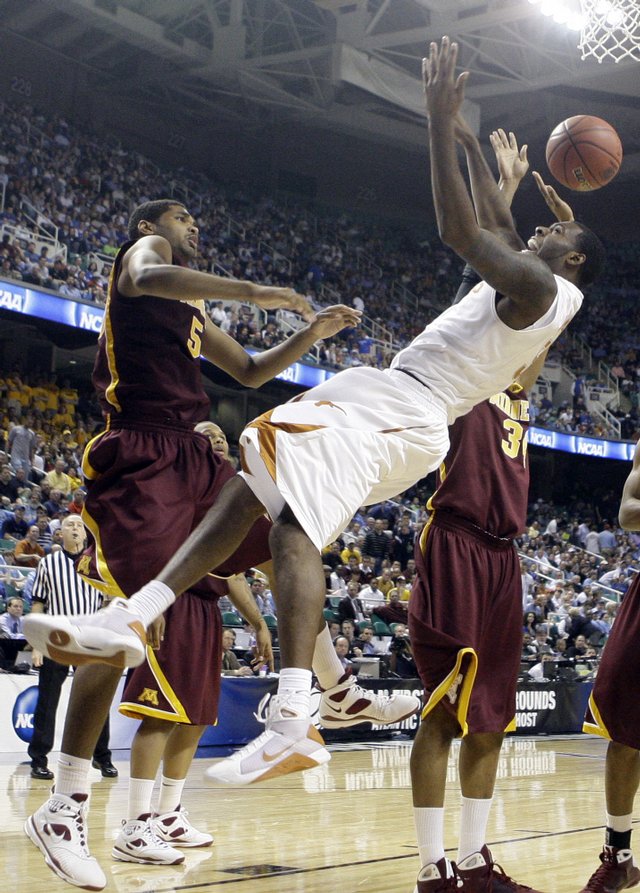 Once A.J. Abrams found his shot, Texas was ready to leave its recent struggles behind and move on in the NCAA tournament. Abrams hit eight 3-pointers and scored 26 points to help Texas beat Minnesota 76-62 in the first round of the East Regional on Thursday.