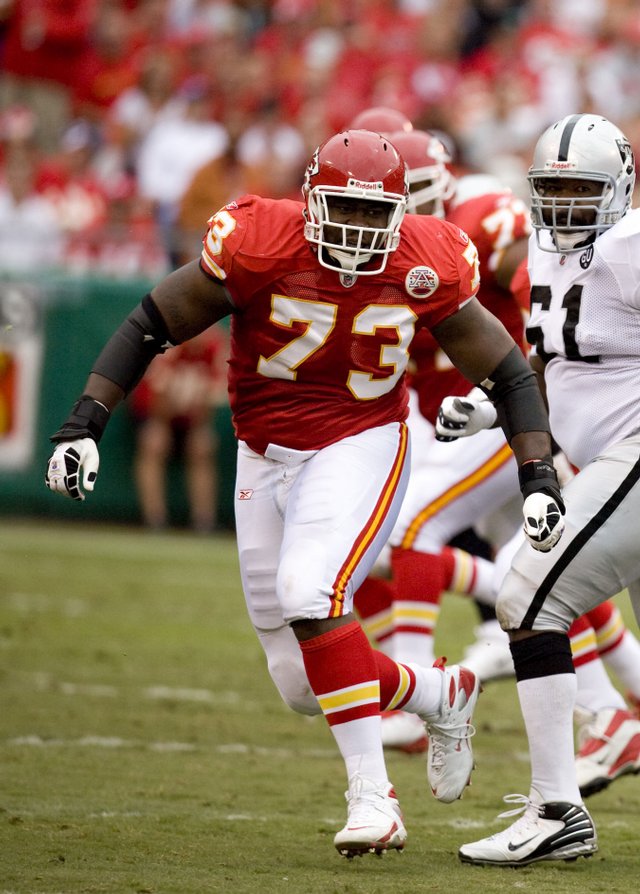 Adrian Jones says to call him A.J., reaching out a hand before pulling a shiny, red Chiefs polo shirt over his Air Jordan sweatpants. Behind him are two pairs of red cleats, two neatly folded white towels and a locker with a red nameplate: "Adrian Jones 73." Jones is the first Kansas University graduate on the Kansas City Chiefs' 53-man roster since Doug Terry in 1995. And he's the one who never thought he'd be here in the first place.