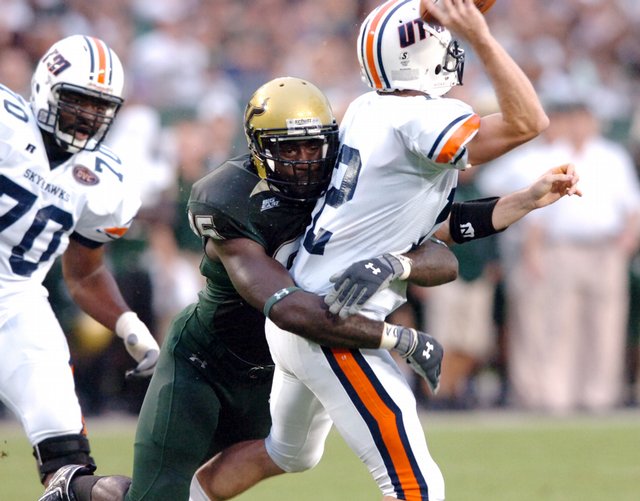 Since Jeff Spikes, Kansas University's red-shirt freshman offensive lineman, is currently preparing for the biggest challenge of his collegiate career, now would probably not be the best time to bring to his attention the following pieces of information about South Florida defensive end George Selvie, the man he will be charged with blocking come Friday: 1. Selvie was the nation's leader in tackles for loss in 2007 with 31.5 and was second in sacks (14.5)...