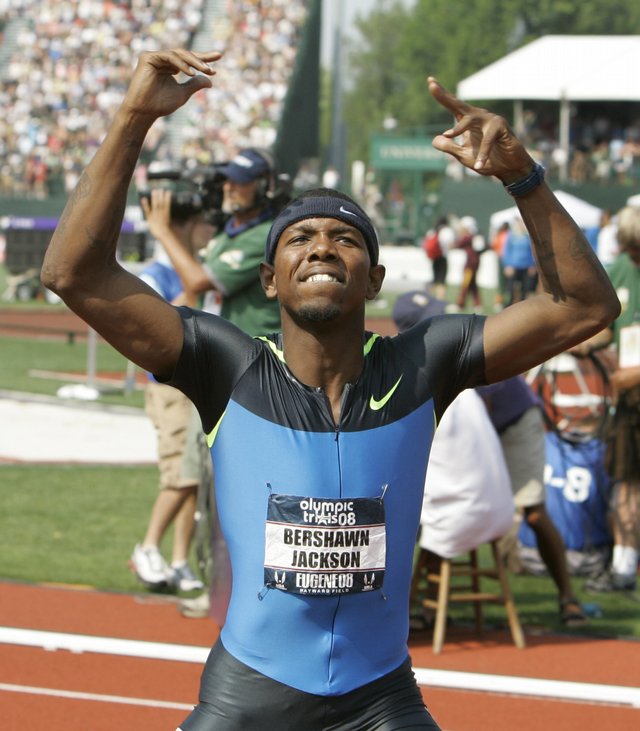 Bershawn "Batman" Jackson celebrates after winning the men's 400-meter hurdles at the U.S. Olympic Track and Field Trials Sunday, June 29, 2008 in Eugene, Ore, where he qualified for his first Olympic Games.

Ten to watch: This week's must-see events at the Kansas Relays

First, allow me to guarantee sunny skies for this week’s Kansas Relays, which start downtown Wednesday with the shot put, continue Thursday with the downtown long jump and play out at the track inside Memorial Stadium from Wednesday through Saturday.

Bershawn "Batman" Jackson, who has won the last four Kansas Relays 400 hurdles titles, now is an Olympian in the event.