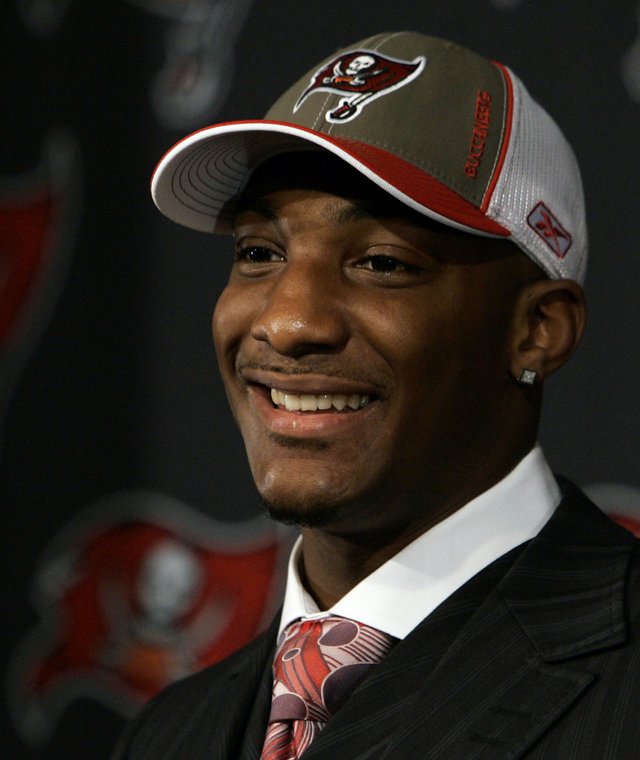 Former KU cornerback says past troubles behind him

Aqib Talib fielded question after question. When he finally encountered one he couldn't answer, the first-round draft pick of the Tampa Bay Buccaneers got some unexpected assistance.