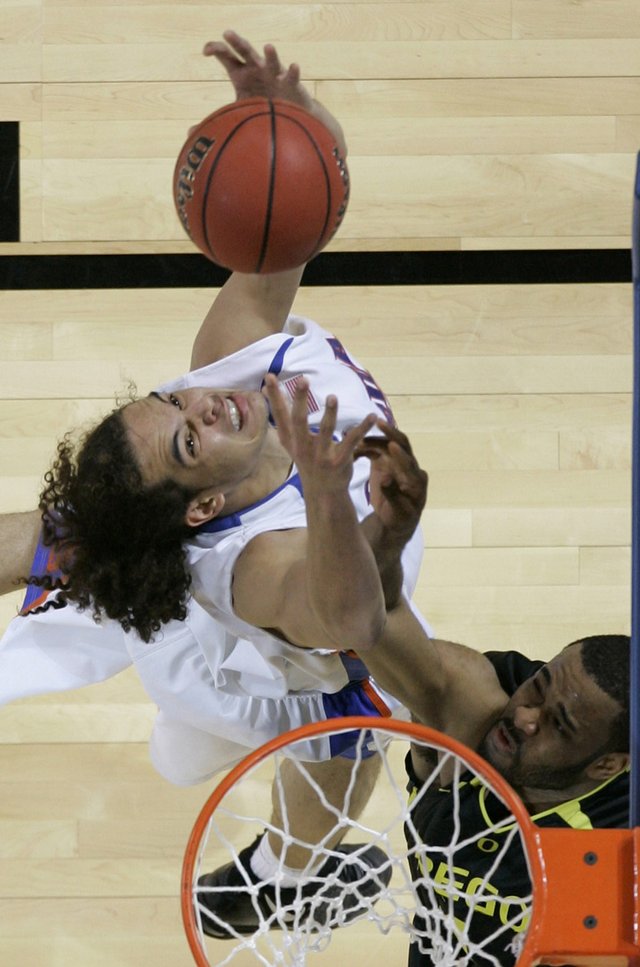 Florida's Joakim Noah (13) grabs a rebound away from Oregon's Malik Hairston (1) during the second half of the NCAA Midwest Regional final basketball game in St. Louis, Sunday, March 25, 2007. Florida defeated Oregon 85-77 and advances to the Final Four in Atlanta.

Go ahead, hate Florida all you want. But you can't beat these Gators. Not in the NCAA tournament. Not yet, anyway. Inside, outside, early, late - the Gators find a way to get it done when there's a title at stake. Joakim Noah and his buddies are heading back to the Final Four, looking for a second straight national championship that was worth more to them than NBA millions.