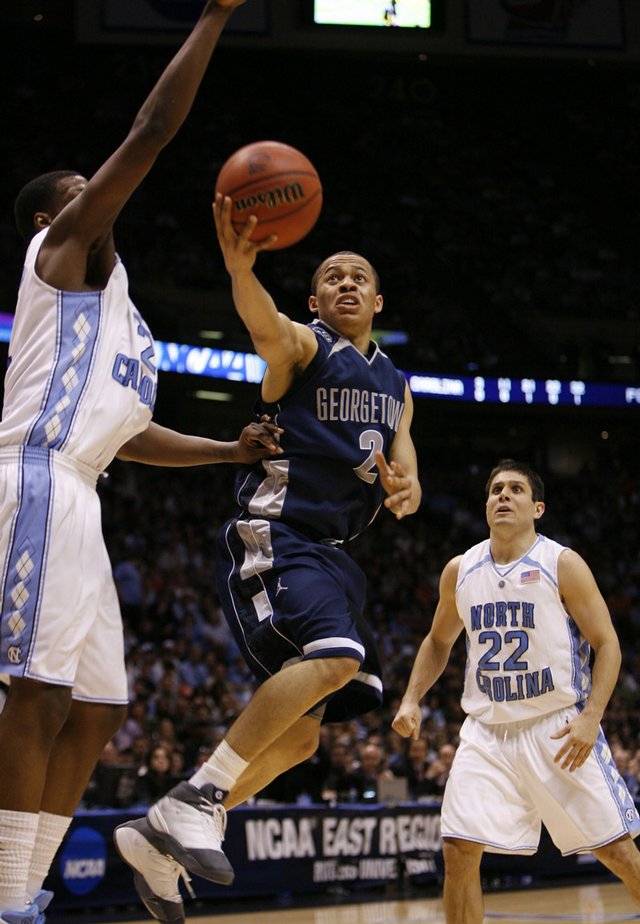 Same names, different endings. Unlike father, like son. Twenty-five years later, Georgetown got even. In an NCAA tournament full of incredible rallies, it was the Hoyas' turn - against North Carolina, for goodness sakes, the same Tar Heels who won the national title on a Michael Jordan jumper that denied a different Georgetown team led by a coach named Thompson and a player named Ewing a generation ago.