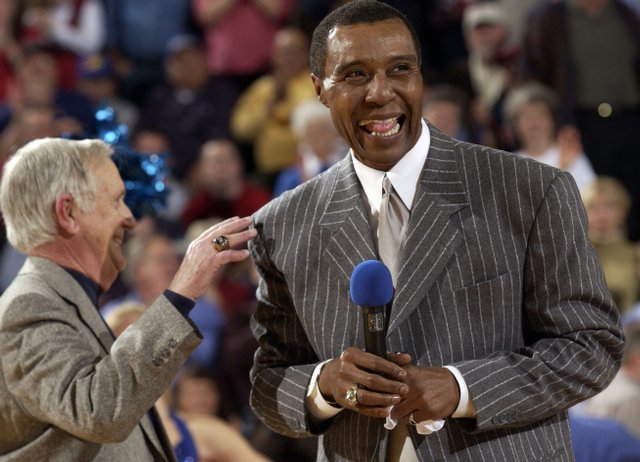 Former Kansas University basketball standout Jo Jo White, right, yuks it up with radioman Max Falkenstien during White's jersey-retirement ceremony in this file photo from 2003. Though he works for the Boston Celtics, White says he keeps close tabs on the Jayhawks.

The gospel according to : Jo Jo

Former KU great speaks his mind about Bill Self, Julian Wright - and all things Jayhawk

One of the most ballyhooed ballers in Kansas University basketball lore, Jo Jo White still keeps up with the Jayhawks, even though he lives in Boston and works in the Celtics' front office.