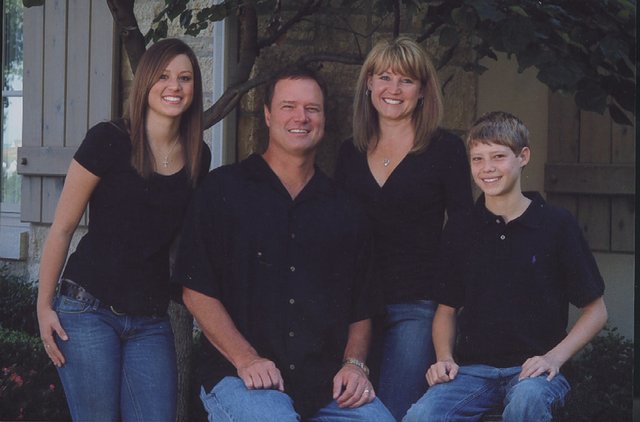 From left are Lauren, Bill, Cindy and Tyler Self. Cindy and Bill met in 1984 in Lawrence, when she was cheering and Bill was playing for the Oklahoma State Cowboys. Oklahoma State lost to Kansas University that night, but the two were later introduced at the Mad Hatter.

Cindy Self raises a family in the spotlight, commits time to charitable children's organizations

Cindy Kelly came to Lawrence for the first time as a sophomore to cheer for Oklahoma State University's basketball team when the Cowboys played the Jayhawks in 1984. OSU lost to Kansas, but Cindy was formally introduced to a Cowboy basketball player who had caught her eye.