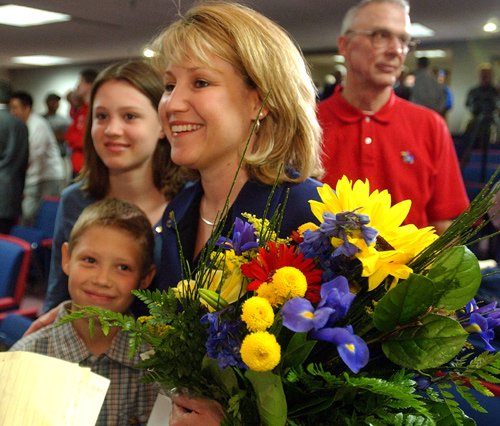 The Self family, clockwise from upper left, Lauren, 12, Cindy
(holding flowers) and Tyler, 9, greet passersby after a news
conference in which Bill Self was appointed the new KU men's
basketball coach.