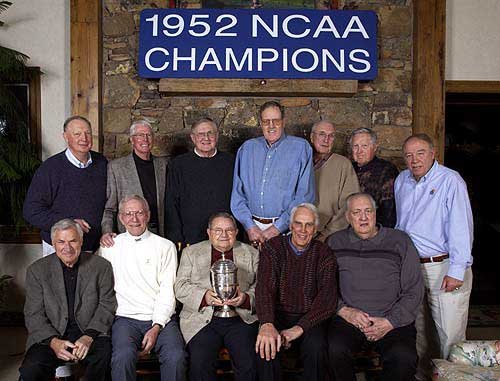 Former Kansas basketball great Bill Lienhard, one of the last living members of the Jayhawks’ 1952 national championship team, died Tuesday at his home in Lawrence. Lienhard turned 92 in January. By Matt Tait

By Bill Mayer Kansas had just whipped Saint Louis University 74-55 in Kansas City to win the 1952 NCAA regional basketball title. Dick Snider of the Topeka Capital and I approached Phog Allen at midcourt for some remarks.