‘I am ready for it’: Kansas’ Alexandra Emilianov, from Moldova, eyeing third Big 12 discus title 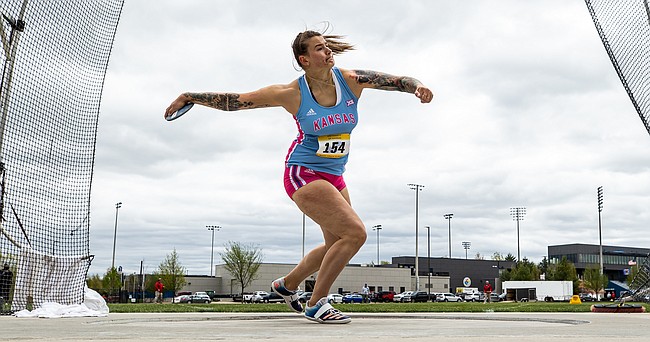 Do they not have super-senior options in T&F?

It would be great to have her at KU even if she isn’t competing.

From an on-line article..."Kansas senior Alexandra Emilianov became the women’s discus champion with a throw of 60.48 meters while TCU sophomore Devon Roberson won the title in the men’s discus throw, launching a mark of 57.36 meters."

Looks like she set a new KU record while outperforming all the Big 12 women AND men!