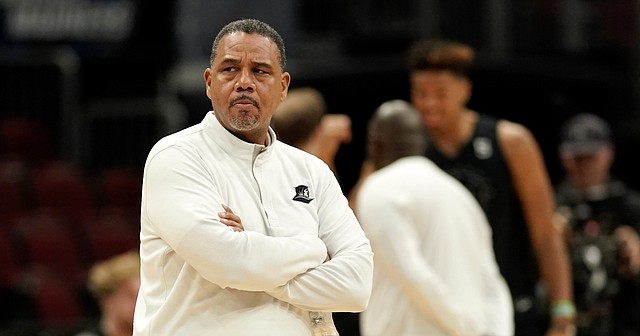 Providence head coach Ed Cooley walks the court at the start of practice on Thursday, March 24, 2022 at United Center in Chicago.

Chicago — Providence coach Ed Cooley bristled Thursday when he was asked about rarely getting a chance to face the most storied programs in college basketball.

The Friars, the No. 4 seed in the Midwest Regional, will play top-seeded Kansas for the first time when the teams meet in the regional semifinals on Friday. 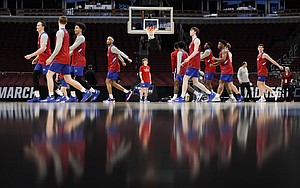 This season, the Friars faced Texas Tech at home on Dec. 1 as part of the Big East-Big 12 Battle and won, 72-68. They earlier traveled to Wisconsin and won, 63-58, on Nov. 15, and beat Northwestern and lost to Virginia in the Legends Classic in Newark in late November.

Kansas, meanwhile, would win its 2,354th game and pass Kentucky for the most in college basketball history should it defeat Providence.

"It's a challenge — a great challenge that we are prepared for," Cooley said. "But an opportunity to play against a No. 1 seed is just something that you dream about, and we're living that dream and, hopefully, continue to dream it big."