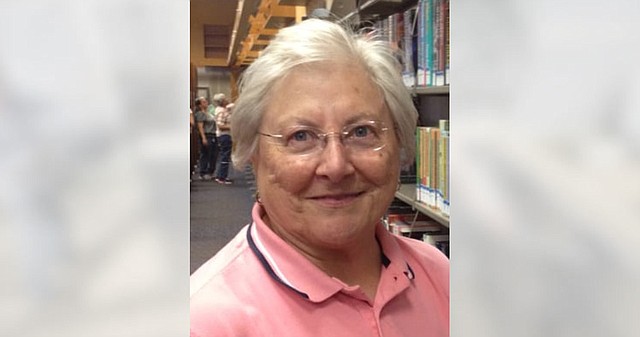 It was the summer of 2014, and Mawson, a longtime professor and administrator who ushered in the era of competitive women's athletics at the University of Kansas, was invited to a meeting at Rock Chalk Park just as construction of the athletic facilities was being completed.

As she walked the pathway between the soccer and softball stadiums, she thought about the condition of the facilities her teams had to use while she coached basketball, softball, volleyball and field hockey at the university in the late 1960s and early 1970s.

"We played on clumpy fields, and we played where there weren't even any backstops for softball because that's what we had," Mawson said earlier this week. "To see what they've got now, it was just amazing to me. ... It was just spectacular. Maybe it was the field of dreams for me. I'll tell you, it was a dream I could never have dreamed of — not here."

Fifty years ago Thursday, President Richard Nixon signed into law the Education Amendments of 1972, which included a provision most commonly known today as Title IX. It broadly prevented discrimination on the basis of sex in education and has had far-reaching effects on intercollegiate athletics across the United States, notably to ensure that the opportunities provided to men and women are and remain equal.

At Kansas, Mawson guided the university into and through the Title IX era after she was hired as a professor of physical education and director of women's athletics in 1968. Her efforts in formally establishing the program led to opportunities for countless women at the university — opportunities that she didn't even have while in high school a decade earlier.

What she encountered during her early years were different types of challenges. She said her first budget for the women's athletic department was $2,000 — roughly $17,000 today — and she had one set of uniforms for six teams. She was initially prohibited from using Allen Fieldhouse and university vehicles, which meant teams had to split up and drive themselves to regional competitions.

"It was very obvious to people that were directly involved in athletics, but for the general public, I don't think it was a big deal at all," Mawson said. "They hadn't heard of women's athletics at all anyway, so what would be the big deal? They were they were looking more at, 'Now women will be doctors and women will be lawyers,' and so forth like that."

Title IX's codification did not immediately lead to equality between the sexes. Following attempts to rewrite the legislation and a series of legal challenges, including one from the NCAA, universities were given until July 21, 1978, to be compliant.

Mawson said Kansas chose to merge its athletic departments in 1974, when Marian Washington was hired to coach the women's basketball team and serve as the director of women's athletics. That year, she believes, was a turning point in the university's path to equality, even though initial budgets remained paltry compared to what Kansas afforded its men's sports.

After stepping away from intercollegiate athletics in the early 1970s, she remained a professor of physical education at Kansas until 1990, when she left to become a department chair at Illinois State. She retired in 2004 after two years as an administrator at West Georgia, was inducted into the University of Kansas Athletics Hall of Fame in 2009, later returned to live in Lawrence and in 2020 wrote a memoir, "Mawson's Mission: Launching Women's Intercollegiate Athletics at the University of Kansas."

"I view my role as having the opportunity to get the ball rolling in the beginning and allowing what I had started to continue to build," Mawson said. "I knew that it wasn't going to go back. It would never go back to what it was before. I just wanted it to grow and expand and let more women have the joy of competing and feeling what it was like to put everything they had in terms of energy and intelligence and skills to work to defeat an opponent and know what that joy was."