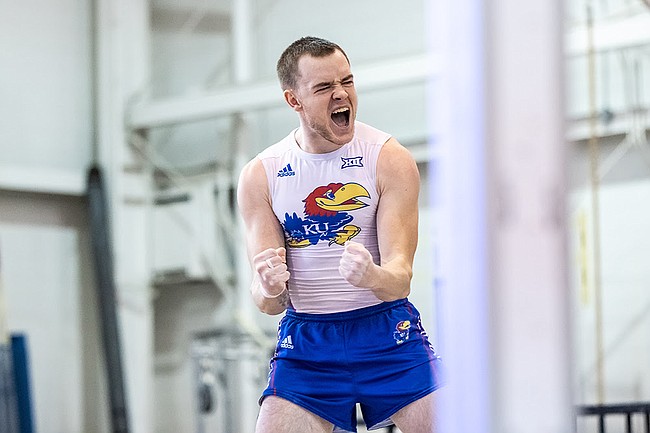 The Kansas track and field team recorded a pair of facility records at the final home indoor track meet of the 2021-22 season on Friday.

Johnson broke a 2-year-old facility record by running a 2:47.82, breaking the previous record of 2:49.87 set by Wichita State’s Rebekah Topham. KU's Sommer Herner also beat the facility record with a time of 2:49.42 to finish second.

Junior Rylee Anderson continued her impressive season in the women’s high jump. After tying the KU school record at the KU-KSU-WSU Triangular two weeks ago, Anderson cleared 1.83 meters (6-0.00 ft.) to win the event on Friday.

Kansas now will hit the road for five consecutive meets before postseason competition, starting with the Husker Invitational in Lincoln, Nebraska, February 4-5.