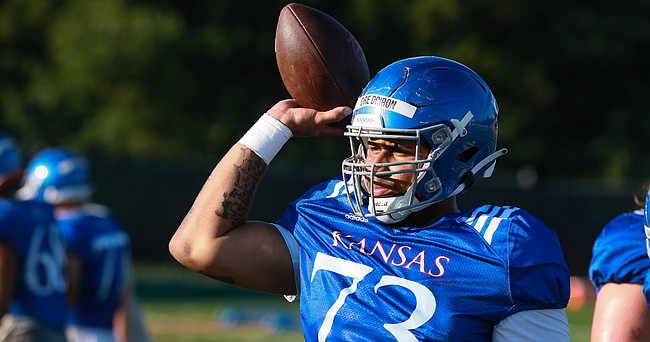 Kansas redshirt sophomore offensive lineman Deondre Doiron throws a football during a training camp practice on Aug. 12, 2022. Doiron, who joined the Jayhawks over the summer, played right tackle at Buffalo but has been playing center as he settles in with the Jayhawks.

Michael Ford Jr. knows how to snap a football.

He also insisted that he didn't say that simply because it's what's expected of him as an offensive lineman at Kansas.

"I wouldn't say it's hard," Ford said. "It just takes some reps, takes some getting comfortable in the position. I would just say it's different."

Ford, a redshirt sophomore, hasn't lined up as a center for any significant amount of time. What he has been asked to do, however, is to line up at several spots along the line — from right guard, where he started 11 of 12 games last season, to left guard, where he's projected to start this season, to right tackle, where he's gotten reps as a backup during preseason training camp.

Cross-training offensive linemen is not a novel concept, but as coach Lance Leipold and his assistants enter their second season, they still need to learn about their players' strengths and what the best combination may be. That means those players need to be comfortable on either side and at any position to have a chance to take the field.

Ford is just one of them.

"I've kind of learned all the positions, so like, it's really not as hard as people make it seem," Ford said. "I feel like I'm comfortable playing anywhere. Like, Coach can put me anywhere, and I feel like Coach has been doing a great job of putting people in different places to make people more versatile. Just in case of emergencies, I can play left, I can play right and I'm comfortable playing anything."

Kansas is set to enter the season, which begins Sept. 2 with a home game against Tennessee Tech, having lost only one player from its core starting offensive line. That's Malik Clark, who was a sixth-year senior left guard and received a tryout with the Kansas City Chiefs in the spring.

But the coaches' next priority is settling on the backups, and should someone miss time for any reason, they believe that whoever is identified as the sixth player should ideally be ready to fill in regardless of position.

Ford isn't the only player whom Leipold identified as someone who can play different spots on the offensive line. Cabeldue, while seemingly entrenched at right tackle, can move inside to guard. Redshirt sophomore Deondre Doiron, who started 10 games at right tackle for Buffalo last season before transferring to Kansas, is in line to be the backup center. And Dominick Puni, a redshirt senior who joined the Jayhawks after three years as a left tackle at Central Missouri, has taken reps during training camp at right tackle and left guard.

Leipold acknowledged that some players aren't able to make the transition between positions — and that's OK. What he doesn't want is to force someone to play where he isn't comfortable and have that player lose all semblance of competency.

"We don't want to take away from the confidence and success that they have, and that's a balancing act with guys."

Fuchs, an offensive lineman at North Dakota State in the 1990s, remembered once being moved from tackle to guard during the season. That transition is partly why, despite overseeing a zone-running scheme that can be rather complicated to a newcomer, he strives to keep his coaching methods as simple and straightforward as possible.

"It's not like, 'Oh, my goodness, this guy's just doing something really specific and unique,'" Fuchs said. "They all really understand what's happening."

And Ford "is probably one of the most versatile guys," Fuchs said, given his athleticism and intelligence — something Ford has recognized.

"(The coaches are) just trying to move everyone around and make sure you're comfortable at different positions so that in a game, you might never know where you might go," Ford said. "So, like, the coaches have been doing a great job of moving players around and making players as versatile as possible, just in case of emergency and in case of whatever may happen." 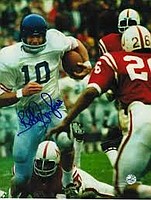 I heard a podcast - don’t remember which one, where they commented that while Malik was a good guard, the wide zone run game was not a good fit for him. Maybe some readers know OL play enough to corroborate or correct.

Brad - KU went through a branding process a while ago, and now have specific colors and logos. My understanding is that it is important from a marketing perspective. Guessing it’s highly unlikely that we would move away to navy or sky blue, …, or anything without the Jayhawk.

Maybe Rodney or some others can shed some light on marketing. It is definitely not my area.

These days it will be shocking if the team wears the same uniform combination twice in a row. Pop star fashionistas have nothing on modern college football teams.

Zac, thanks for the article. Improved OL play will be key to a better offense this year.

Bad news on the Pooka front as the Bengals just cut him. The guy is dynamic. If he doesn't land a spot, I'm hoping he gets in with the XFL. If it's true they want to have a wide-open game, Pooka will be the MVP!

Unfortunately, these young men listen to hangers-on and agents that are more interested in short term gain than building a career and they jump out before they are ready. He could have done so much better with a little more experience at the college level.

To all the players: You bring it like Harold "Hal" Patterson brought it when he played here...you will be successful!!! Look at his eyes!!!!...is he ready for some FOOTBALL? make this image your screensaver and background and STARE at it EVERYDAY...this is what it takes to be Champion!!! Good luck!!! 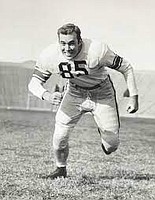