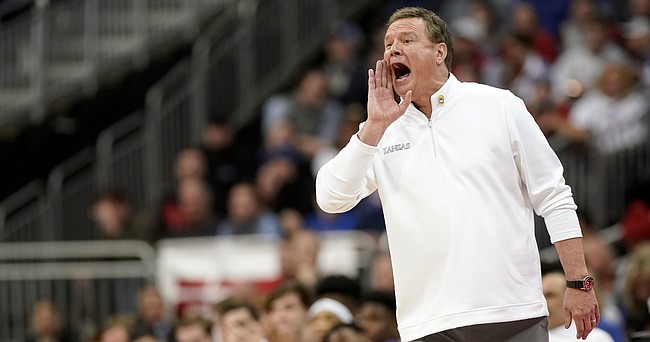 The Big 12 Conference on Monday announced a two-year extension of its college basketball clash with the BIG EAST.

The scheduling alliance, dubbed the Big 12-BIG EAST Battle, has been in effect since the 2019-20 season and now will run through the 2024-25 season.

Both conferences have added schools since the initial agreement was signed and, as a result of the growth of both conferences, the extension also will increase the number of games from 10 per season to 11.

The matchups will continue to be determined through discussions involving officials from both conferences and the home team still will choose the venue for its game.

The defending national champion Jayhawks are slated to play host to Seton Hall on Dec. 1 this season in their fourth game in the clash with the BIG EAST.

The other Big 12-BIG EAST matchups for the upcoming season are: