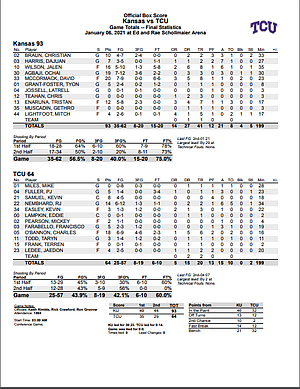 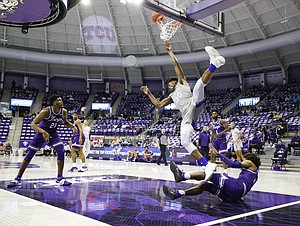 It is interesting, good to hear that the experienced guys, even if they aren’t the stars, are speaking up to provide leadership. To pass on the culture that has been established over the decades.

KU winning against TCU is not remarkable at all. The reason I say that is that statistically, KU almost always bounces back after a loss. Self winning percentage following a loss is unprecedented.

We’ve played two good teams and gotten rag dolled by both. Let’s hope that Dollar Bill will disappear like our defense vs the Zags and the Horns.