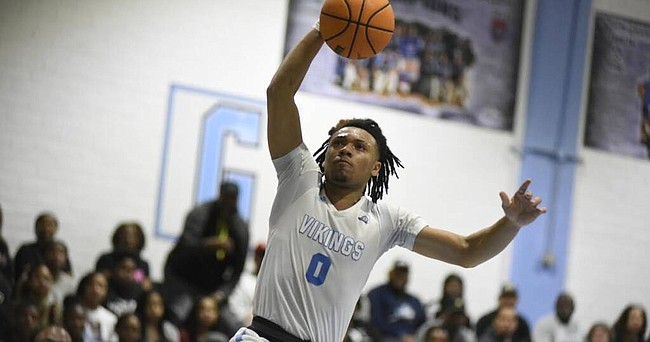 Looks like a great addition, especially with the unlikely return of Garrett.

We're going to have a logjam of smaller guards next season, especially if we also land Ty Ty Washington.

Jam feast! Next season will be full of highlights. This is a completely different team than last season. 3s will be raining down non-stop. Bring it on BU, UT, TT!!! I can't wait!!!

Steve - no need to mention TT; Y’all can stick your chopsticks in them - they done!

In what I have been seeing in the transfer portal.....TT is going to be down. OU lost Brady Manek and another. They will be down. Iowa St wasn’t good and lost there top 2 scorers to the transfer portal....... It will definitely be Baylor and Texas as our stiffest competition, then OSU and I believe KSU pussycats will not be bottom dwellers next year. WVU will be OK, but nothing great.

Depending on what Beard can draw to Texas, they may be the team to beat year in and year out.

With sssoooooo many 1 through 3 guards on the roster, those that don’t see as much playing time may be gone after next year. We live in a “me” mentality and an “instant gratification” generation. Hopefully BS recruits those who are willing to work hard and wait for their turn.

Robert - Absolutely! They were what CB was miraculously able to cobble together and really were fortunate to have one recruit in particular blowup and stick around long enough to put them over the top one year. Good luck with repeating with either the players or coach. That’s why they were outspokenly upset about CB leaving.

The contrast is Coach Self. We lose a top trainer. That’s okay. We’ll steal one from the nba. Lose a coach. That’s okay. We promote from within and talk to the best in the nation.

It’s why I had previously been excited about DD as the football coach, though I think that ship has sailed, and now most intrigued by Kevin Kane.

Interesting Dirk....Kane intrigues me as well. I really don't find many of the names suggested as either being realistic, or being any better than just hiring Jones.

But about these BS signees. Seven!!! Wow. Who all is going to leave to make room for all these players? Which of these new players are going to redshirt and sit and wait their turn. It's getting packed.

Talk about a reload!

Somebody call Uncle Joe! Pettiford is at the Junction!

I am old enough to get this reference. lol.