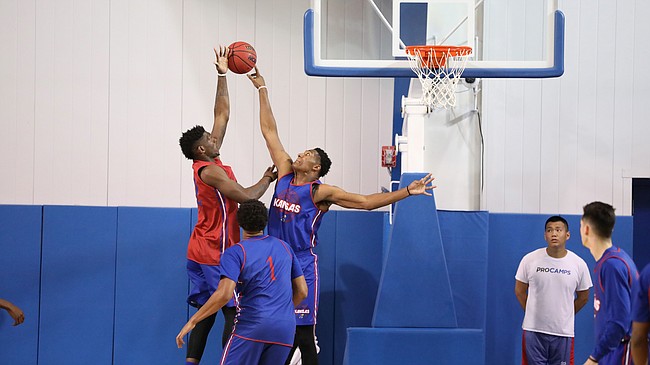 As long as they can play D, move their feet and not lose their man, I'll be happy because the baskets will come

Last year we played 4 guards...this year are we going to play 4 bigs?

Mobility. Agile. If he can add those to his motor & shooting skills, watch out.. This guy works the hardest on rebounds/put-backs, and I expect with our bigs, we should rank top 3 in the nation on rebounding. No excuses. Our #blocks should also be our team's strength this season. Does anyone know how high Dok's vertical jump was in the combine? Does he undergo any training to increase his jumping? He looks really good in this pic: http://www2.kusports.com/photos/2018/.... It seems he shed some pounds - abs muscle looks good.