Game day Breakdown: No. 1 KU basketball vs. No. 2 Duke

Not 30 minutes after putting the finishing touches on Friday's victory over Clemson in the Sweet 16, Kansas coach Bill Self began to set the tone for the Jayhawks' Elite Eight matchup with Duke.

That tone, according to Self's words and those from many of his players, is all about having a free mind and playing as loose as possible.

Whether the Jayhawks, who are playing in their third consecutive Elite Eight with losses in each of the past two years, actually can do that or not remains to be seen. But that approach definitely seems like KU's best chance in this one.

At face value, “let it fly,” means running free, playing loose and jacking up 3-pointers in an attempt to try to outscore the bigger Blue Devils.

“They've got to play like there's no what-ifs,” KU coach Bill Self said Saturday. “Just let it go. Let it go. If you play to try to protect something, we'll go home sad. We've got to try to take it and I think those guys understand that.”

There's more to the mantra than just on-the-court execution.

Let it fly also applies to Self and his coaching staff. Rather than playing it straight and forcing the action to go through big man Udoka Azubuike all night, Self and company are going to have to be comfortable letting their players go.

Beyond that, Self, who said Friday that KU has to get to the Final Four in order for this season to be considered special, may even look at letting it fly by changing up what he calls from time to time.

Maybe he counters Duke's size by trying to confuse the Blue Devils with some kind of zone. Maybe he tries to compete with it by putting Azubuike and Silvio De Sousa on the floor together a couple of different times.

Who knows what it will be? But you can bet it will be something because not only will KU need to play its best game to get by Duke, the Jayhawks also will need to do some things that catch the Blue Devils off guard. Even if that's for only a couple of possessions or a few minutes over the course of the 40-minute game, that could make a major difference.

KU's senior point guard was built for games like these and he's going to have to bring his absolute best to help the Jayhawks get past Duke.

Graham knows that and his teammates do, as well. Their goal will be to elevate their play to the point where Graham merely has to do what he always does — score when it's there and set up others when he can while leading everything the Jayhawks do.

Graham's goal, of course, will be to improve on the below-average shooting he's put up so far during this NCAA Tournament. Graham enters his third Elite Eight game shooting 33 percent from the floor and 29 percent from 3-point range. Both numbers will likely have to be better no matter how well his teammates play in order for Graham to lead Kansas into the Final Four.

That, of course, has been his goal since ending the 2016-17 season with his worst performance of the year in an Elite Eight loss to Oregon a year ago, and a huge part of Graham's decision to return to KU for his senior season was with this game in mind.

Graham's not one to press or try to do things out of character. But don't be surprised if he looks to be just a little more aggressive as a scorer in this game.

Whether you're talking about the end of the game, where KU struggled mightily to close the game against Clemson, or the start or any stretch in between, Kansas cannot afford to have even a couple of off minutes in this matchup.

Does that mean they have to be perfect? No. But they can't have those moments when they pull their foot off the gas and allow Duke to either come back or pull away.

The Jayhawks talked a ton about this after Friday's victory, admitting that human nature was at least partly responsible for them letting up after building a 20-point lead on Clemson. But they all emerged from that sluggish final eight minutes with the idea that such a performance on Sunday would be dangerous.

“There's a lot of things we can do better,” said KU junior Lagerald Vick.

Added sophomore guard Malik Newman: “I think we kind of relaxed, and, down the stretch, we were playing not to lose instead of playing to win. … We've got to be better Sunday.”

The Blue Devils are outrebounding their opponents by an average of nearly nine a game. And that number sits at six a game when looking at the matchup between Duke and Kansas.

Duke's 41.4 boards a game may only be six more than KU's 35.4 per game average, but it's the Blue Devils' size and number of big bodies that are a cause for concern for Kansas.

Duke averages 13.5 offensive rebounds per game and got 16 against Syracuse in Friday's Sweet 16 victory, 10 of them coming from Wendell Carter Jr. and Marvin Bagley III.

Boxing out on every shot and sending all five players to the boards will be a must for Kansas on every Duke shot. And if they're unable to execute, even just some of the time, Duke's propensity to struggle shooting from the outside could not matter.

Consider the numbers from Friday. Duke shot just five of 26 from 3-point range against Syracuse but got nearly half of those 21 misses back.

6-foot-8 KU senior Svi Mykhailiuk did not grab a single rebound against Clemson. He'll have to do more in this one and Graham, Malik Newman and Lagerald Vick will all have to help him out, both going after misses and blocking out to try to saddle the Duke big men with bad fouls.

You can include a warning to our players: a trip-trap by dirty Allen. I want to see us play zone D against them. Syracuse has proven it to be quite effective to contain the devil. 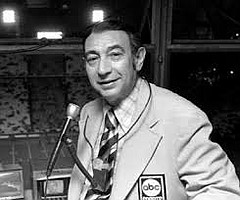 "The incomparable William Self " by Brad Watson 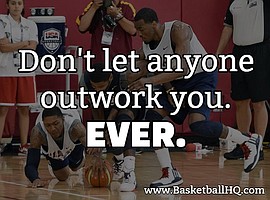 Because the NCAA tournament is all about different styles and matchups and an unfortunately Duke’s inside presences is on paper a very bad matchup for KU. Here is hoping they continue to prove the national “experts” wrong and upset Duke (yes KU is the #1 seed but Duke is favored by all other metrics). Graham, Mykhailiuk, Newman, Vick, Azubuike, Garrett, Lightfoot, De Sousa, etc. please continue to prove the doubters wrong, and send Duke’s one and dones to the NBA early. Rock Chalk. Go, fight, win!

As much as I want to be optimistic about our chances, the results of most of our Elite Eight appearances in the Bill Self era has me keeping myself in check. I am preparing myself for the possibility that today is the last day of our season. But I hope against hope that it is not.

Play your best game of the season or go home early. Simple as that! RCJHKU

Block out. Rebound. Defend. You too, Lagerald!

IF KU can get by Duke they have a great shot at a NC. Anytime Self has a whole week to prepare for a team it goes well (either TTU of Nova--two really solid teams) and the short turnaround game would be against, in my opinion not as good as team. Plus if they make it that far Graham/Newman and company will not be denied.

Basically i think this game will be toughest---short turnaround against a team they do not match up well against---but still have high hopes as long as we can shoot and we get a game where every player shows up.

Duke is a favorite because of where the betting is. Yes, on paper, Duke looks like they should be #1 team in the country given their talent. However, they too have been inconsistent and have had to resort to using a zone defense to get through the season.

The two teams have essentially the same record going in, and their two conferences are probably the best two overall. Therefore, it should be a "barn burner."

This KU team consists of nine available scholarship players, among which there is one who doesn't play, two who don't score, a high school senior and a guy who must play virtually every minute yet they have given us the 14th conference title, another tourney title, a #4 ranking, a #1 seeding, the 29th straight NCAA appearance, the conference player of the year, an All-American, the conference new comer of the year, the Elite Eight and a lifetime of memories.

If we lose to Duke, I will be sad but I will never be disappointed in these guys. Next to the 2012 Final Four team, maybe Bill Self's finest coaching job. Win, lose or draw, this will always be one of my favorite Hawk squads.

Think for a moment where the team was just a few months ago, not much with regards to depth, and that was before the Billymobile episode. After that, high talent, experienced depth was non existent. No one thought we could win the regular season conference title, much less the conference tournament. Did anyone think those months ago we might be a one seed in the NCAA tournament? Some thought we'd be the first one seed out of the tournament, we're still here.

My point, this team has done more with less, than any team since 1988. Win, lose, or draw, it's been a heck of a good year. Expectations for this squad haven't been this high since before we lost Preston.

I know this doesn't matter, but I can't wait for Allen to be sacked in the NBA. This kid is the dirtiest player in the NCAA history. 2nd half, 16:06 mark, Allen pushed DeSousa when Malik drove to the basket.