Kansas center Udoka Azubuike (35) is fouled on a dunk by Kansas State forward Xavier Sneed (20) during the second half, Monday, Jan. 29, 2018 at Bramlage Coliseum in Manhattan, Kan.

Manhattan — Leave it to Kansas State fans to be well-schooled on the strengths and weaknesses of every Kansas basketball team that walks into Bramlage Coliseum.

Monday night, more than hour ahead of KU's 70-56 victory in Round 2 of this year's Sunflower Showdown, that knowledge was on full display during KU's pre-game shoot-around.

In addition to the usual signs and chants — many of which focused on former KU freshman Billy Preston — the K-State faithful locked in on KU big man Udoka Azubuike at the free-throw line.

"That was, by far, one of the funniest pregame moments I've ever had," KU sophomore Malik Newman said after the victory. "Like, by far. He was embracing it, and I think he enjoyed it more than we enjoyed it." 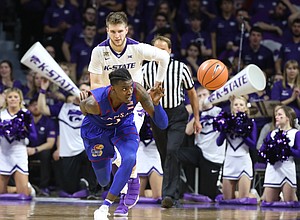 During his first five free throw attempts of the night, Azubuike heard it from the fans as he showed off his new form and attempted to get comfortable at the line.

As three full sections of fans rained noise down on KU's 38-percent free throw shooter, Azubuike misfired on his first attempt. Naturally, that drew a wild roar of approval. But Azubuike made the next one and, for a brief moment, waved toward the student section, asking for more noise. It came and he missed the next two before draining the fifth.

The charade continued a little closer to tip time and Azubuike hovered right around 50 percent during warm-ups.

For the night, Azubuike finished 2-of-5 at the free throw line, which actually raised his free throw percentage for the season from .375 to .377.

With Monday's Sunflower Showdown coming 157 years to the day after the state of Kansas' admission to the Union, it seemed only appropriate the state's oldest and most bitter rivalry would square off in celebration.

Monday's game marked just the sixth time in Kansas basketball history that the Jayhawks and Wildcats have faced each other on Kansas Day and KU now owns a 5-1 edge over K-State in games played on the state's birthday.

Somewhat appropriately, the Tigers are one of the two teams who showed up most on KU's schedule on Jan. 29 in the 120-year history of Kansas basketball. The other? K-State.

The Jayhawks are 5-2 all-time against Missouri on Kansas Day and now sit at 24-6 in games played on Jan. 29 all-time. 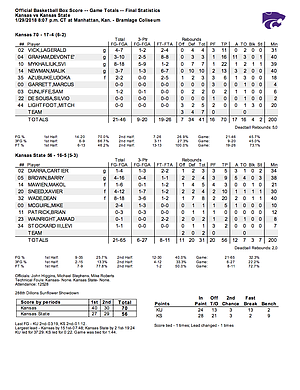 Jayhawks drop to No. 7

A mid-week loss to Oklahoma dropped the Kansas men's basketball two spots to No. 7 in the latest Associated Press Top 25 poll.

Kansas, which leads the Big 12 by one game over four teams tied for second, checks in as the highest-ranked team in the nation's No. 1-ranked conference, with Texas Tech (No. 10), Oklahoma (12) and West Virginia (15) all ranked in the Top 15.

Kansas State, which has won four straight and crawled into the Big 12 title race since losing by a single point in Lawrence earlier this month, was not ranked in this week's Top 25.

The top four in this week's poll remained the same — Villanova, Virginia, Purdue and Duke — while Michigan State and Xavier both jumped Kansas.

The Jayhawks extended their nation's best streak of consecutive weeks ranked in the AP Top 25 to 174 weeks (Villanova is second in active streaks at 86 weeks).

Despite falling two spots in the AP Poll, the Jayhawks actually made a move up in ESPN.com's latest Bracketology from Joe Lunardi. Lunardi now has KU as a No. 1 seed in the West region. Just four days ago, the Jayhawks were a No. 2 seed in the Midwest, according to Lunardi.

Monday's victory in Manhattan — the second in a row for the Jayhawks — pushed KU to 18-4 or better for the fourth consecutive season and 7-2 or better to open Big 12 play for the second year in a row and 13th time in the Bill Self era... KU has now won seven straight over the Wildcats and is 5-1 in true road games this season, 8-2 in games played away from Allen Fieldhouse... Kansas, which has won seven in a row over KSU, now leads the all-time series, 195-93, including a 78-47 record in games played in Manhattan and a 26-4 mark at Bramlage Coliseum... Self is 31-5 all-time against K-State, 30-5 while at KU. 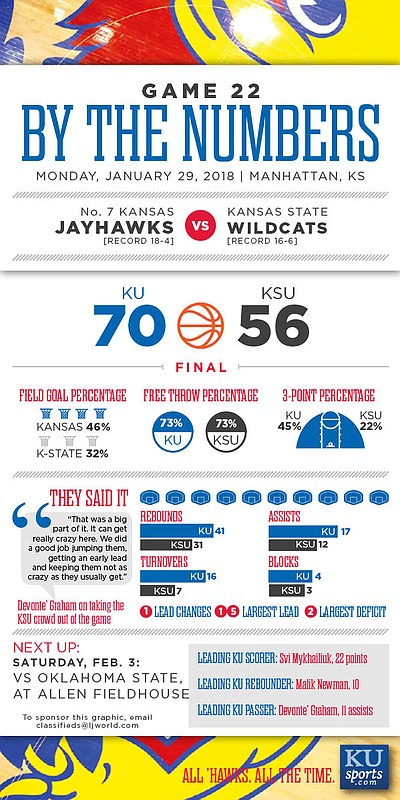 Svi, Malik, Devonte, even Vick were special. If we can keep all 4 of them playing defense and rebounding on the defensive boards. Look out. We may have a team.

Svi is deserving of all Big 12. Frankly Newman had 10 defensive rebounds, now that for a guard is something special. Svi had 7 defensive rebounds. Vick was much more active, and DeVonte put down 11 assists. Doke was a threat but not much of a factor.

I find it sad that the KSU players are actually pretty classy while their fans are so very lacking in class.

The sign about Jayhawks eating Tide pods was so gigantically inappropriate.

At least they clapped when Mitch got up after his injury.

none of them stormed the court... so that's definitely a good thing.

And seemed to take their besting well :)

If only they were smart enough to understand that they were helping Dok practice "game like" conditions by creating fan noise during his free throws...

It was obvious that Dok was trying to keep things in line on his first few attempts, but the chicken was still flying. That being said, he looked great on the last 2. Coach gave him some space and he decided it was important enough to get extra coaching and it paid off.

I predict it will be a turning point for him. He'll shoot 60-70% for the rest of the year and be back to 50% by the end of the year. It will be a huge improvement from where he is now, because he wants to improve and is willing to put in the work to make it happen.

Interestingly, I noticed that the chicken wing seemed to have landed on Lagerald as well. Unfortunately, not quite as bad (65.5%) so not as desperate to make a change.

what is the deal with that... are guys trying to imitate Lonzo Ball... I don't understand where that bad form comes from.

With Udoka it looks as though he wants to keep the ball directly in front of his body, but he compulsively moves it across to the opposite side of his face so that he can keep his eyes on the basket. I never had a problem seeing the rim during my shooting stroke, even though the ball passes right in front of my face.

You are wrong Matt. Dok missed his first 3 FTs then hit 2 in a row.

I believe Matt was describing Dok's free throws in PRE-game.

he may have been 2-5 from thr FT line, but even the ones he missed looked much much better

Dok did a great job ..those last 2...which the announcers didn't mention because they were rambling about something else.... were absolutely perfect.......elbow in and an extended follow through...that's the formula and well done...he will continue to improve because he is a WINNER and a hard worker...I love the kid and I was very happy to see the improvement...and I thought the 20 minutes that Lightfoot played were key to the win..though the box score doesn't show it....he did a lot of good things out there.and played with great energy....overall...we looked good last night.and it was a great way to spend Kansas Day! 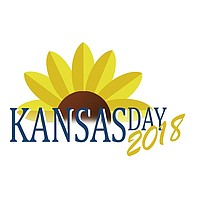 Dok's attitude and determination is great. He weathered the "storm" from the fans, and things turned out just right.

Class act over there in Manhattan. Not.