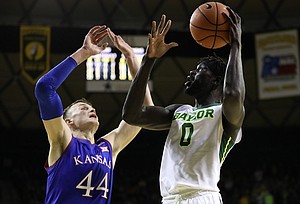 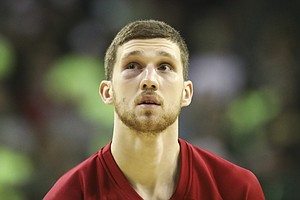 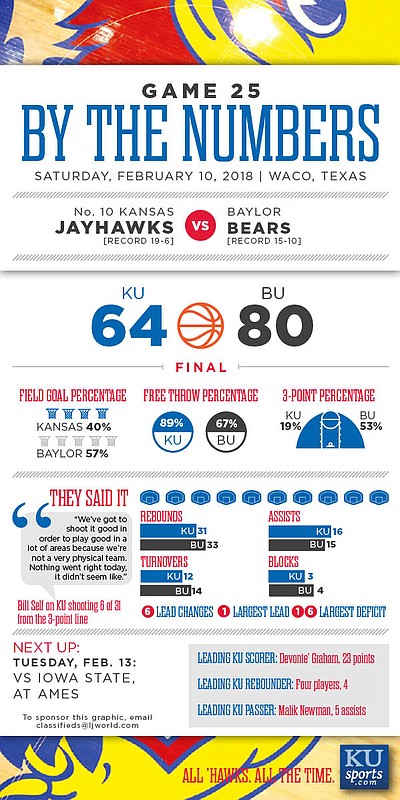 Baylor is not a good team, KU is currently playing like crap.

Coach better start thinking of different offense strategies. Other opponent teams are getting better and better at attacking the rim (with our limited defense) we should at least be able to counter attack. It's not easy, but it's doable - that's a challenge that he has to overcome. While other teams have their bigs post to go deep to score, Lightfoot catching a pass just to kick the ball out. That's a good move if we make the 3s, but that's usually low percentage with the team we have now. While other teams have their guards penetrate and dish, ours penetrate and kick.

Sorry, but without good passing, cutting, lobs, dribble drives, FAKES, how do you expect a different outcome with kicking the ball out for 3pts? 30 attempts? We've got 2 bigs on the floor at most of the time?? You've got to be kidding right? There are tons of ways to score. Or at least encourage the kids to be "CREATIVE" - create their own moves, otherwise, they will play too cautious - they will never develop their instinct. Anyway... I'm waiting for a good show from our boys, our grown up boys - it's not too late. Otherwise, don't expect anything will change next season even with different lineups.

You're right, Steve. We have a top-three recruiting class coming in, tremendous talent on the bench that can't play this year, and Bill Self's track record of having much better teams than this one, but clearly none of that matters; one mediocre (by KU's standards) season means it's hopeless from now into eternity.

Lord have mercy, do you even believe your own crap???

What's wrong with "this one"? We've got Dok, Newman, they both are top 25 recruits. Plus seniors Svi, Graham. Let's talk again next season.

I think 12-6 might win the league this year....check Texas Techs schedule.....we win our final 6 games and we will win this thing....one game at a time....Ames is never easy.......we win there and it will be the start we need........I like these kids...they're hard workers and WINNERS!.......its just a very tough league this year and I still like our chances a lot....even though we have some issues.....I think we have the best team and are the class of the conference and in my opinion ....we have the very best coach in the country and if anyone can find the magic....its Bill Self! 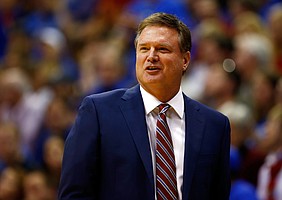 Where are the excuses for Svi's game against TCU? Did he lose an eye in warmups there too?