Heading to Des Moines to watch the Jayhawks? What you should know 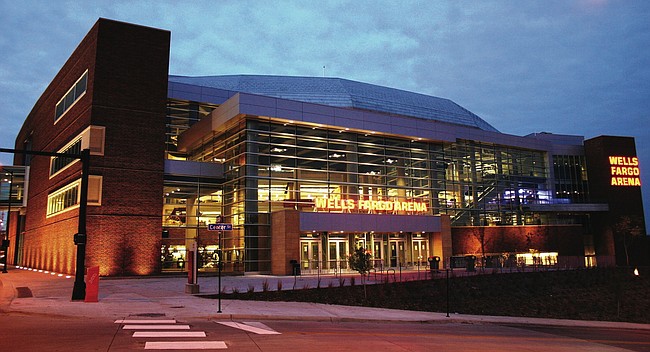 Heading to Des Moines to watch the Kansas University men’s basketball team play in the first round of this year’s NCAA National Championship Tournament?

Here are a few things to know about getting there and some ideas for what to do once you’re there.

South Regional Conference No. 1 seed KU tips off against No. 16 Austin Peay (pronounced pea) State University at approximately 3 p.m. Thursday in Des Moines, Iowa. The game will be televised on TNT.

Never heard of that team? Austin Peay, home to about 10,000 students, is located in Clarksville, Tenn. It’s named after Clarksville native and former Tennessee Gov. Austin Peay, and the school’s mascot is the Governors.

If KU wins, it will play again on Saturday. 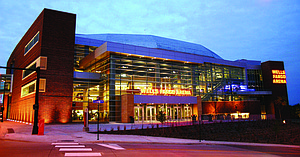 There are no tickets available to the public through KU, KU Athletics spokesman Jim Marchiony said. He said the university got 350 tickets, with the possibility of securing 100 more, but that those are “spoken for” by the team, their families and donors.

Pre-tourney open practices run from noon to 7:15 p.m. Wednesday at Wells Fargo Arena and are free and open to the public. KU’s 40-minute open practice is scheduled for 2:15 p.m.

A KU Alumni watch party in Des Moines is planned for 3 p.m. Thursday at Trophy’s Sports Bar and Grill, 2701 Douglas Ave. To find other alumni watch parties around the country, visit kualumni.org.

Des Moines is about three and a half hours from Lawrence, by way of Interstate 35, according to Google Maps.

Expect Thursday to be sunny and breezy with a high of 51 degrees and a low of 33 degrees, according to the National Weather Service. Friday should be partly sunny. There’s a 40 percent chance for rain Saturday. 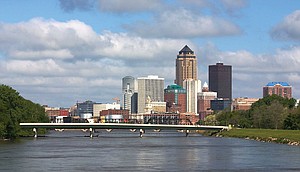 Besides watching the games, here are a few other things to know about or to do in downtown Des Moines:

• The Pappajohn Sculpture Park, 1330 Grand Ave., features 4.4 acres of outdoor contemporary artwork and is open from sunrise to midnight.

• Des Moines also has a bike-sharing system, with “BCycle” stations around downtown (including one about five blocks from the arena). A 24-hour pass is $6. Find more information at desmoines.bcycle.com.

Another thing to know, they probably don't care for Kansas Jayhawk Basketball

Not true Danny. Iowans will be really friendly. Can't vouch for fans of other teams but the Iowans you meet in hotels, restaurants and walking down the street will be unfailingly polite. They're really excited to be hosting. When they hosted the women they received rave reviews and I know the mens fans will feel the same.

Make sure you check out Winterset, only about 30 minutes away. Home to Bridges of Madison County, John Wayne, and a cool old fashion downtown square.