Kansas forward Hunter Mickelson (42) and the Jayhawk bench celebrate a three by Lagerald Vick during the second half, Saturday, Jan. 2, 2016 at Allen Fieldhouse.

Kansas University’s 102-74 rout of Baylor and Oklahoma’s 87-83 home victory over Iowa State on Saturday combined to set up a really big, ESPN Big Monday showdown between the Jayhawks and Sooners.

“I think it’s more than that,” KU coach Bill Self said of an 8 p.m., meeting between what almost certainly will become the Nos. 1- and 2-ranked teams in the country.

KU figures to move up from No. 2 to 1 in the AP poll and Oklahoma from No. 3 to 2, following Michigan State’s loss to Iowa. 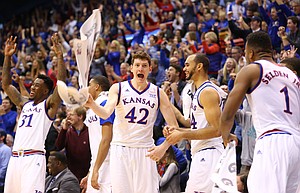 “This sets up a pretty fun night on Monday,” Self stated. 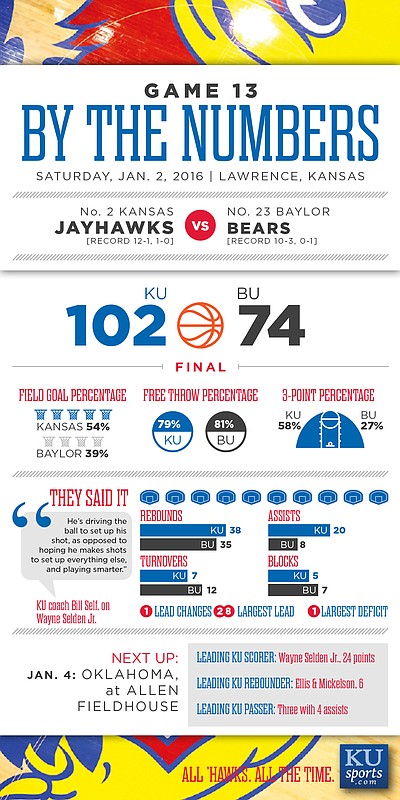 This is like a unification fight in boxing, for those of us who are old enough to remember when boxing > ufc.