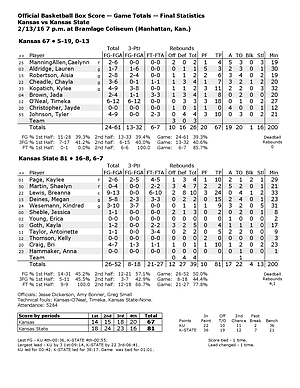 O’Neal was a bright spot for the Jayhawks. She connected on six of 12 three-point attempts.

“She probably should’ve had a couple more,” Schneider said. “There were a couple that were just off in the first half. Tonight, unfortunately, we just didn’t have a lot of awareness. In the first half, defensively, we didn’t have a lot of awareness. We got beat on a slant screen, we got beat on a cross screen, just situations where you have to have situational awareness and sniff that stuff out, especially when you’re talking about playing defense in February.”

The Jayhawks will host TCU at 7 p.m. Wednesday.