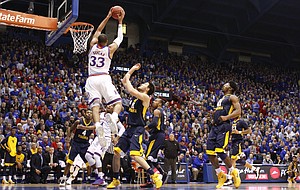 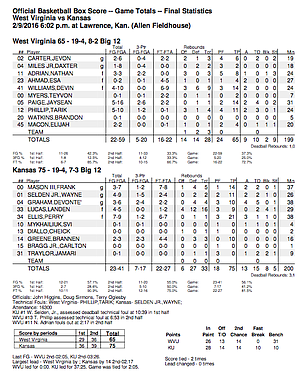 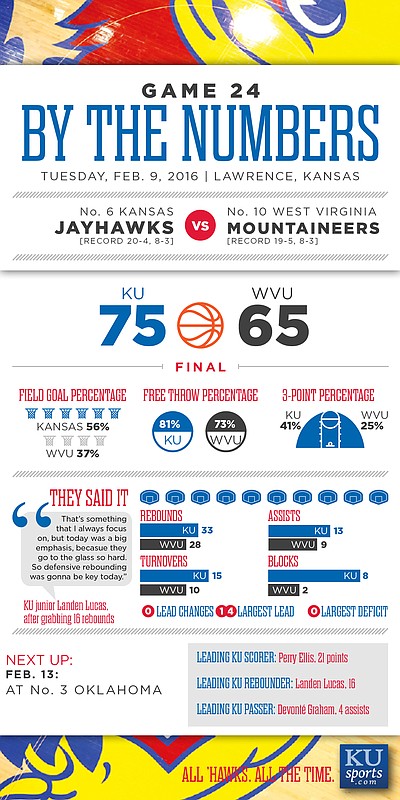 All due respect....who cares what Huggins says!!

I thought his comments rather classy. He's pretty much the polar opposite of Weber who barely touches hands in the handshake line and certainly doesn't look Self in the eye.

Why would he? He's the one who made fun of him at Illinois as being "dead", and now has to face him twice or thrice a year.

He's just trying to keep his own team focused on their own one-game-at-a-time situation. He want's his team to feel their destiny is in their own hands. And he is creating a culture of not being intimidated by Kansas.

I respect that. And it's working, as compared to what WVU was a few years back.

How in the world could Huggins' comments be construed as classy?

Well, Phil, I guess it's no surprise at all that you need to ask for help when it comes to the meaning of "classy."

Huggy Bear is awesome. I've been on board with him since this https://www.youtube.com/watch?v=ruHQzO6N75c

Sure he may be a little callous and a little resistant to answer stupid questions from reporters, but to suggest he lacks class is out of line.

I'm surprised Huggy Bear had time to watch the game, much less focus on any one player or players. He spends SOOO much time working over the officials, constantly looking for that edge. I know it's good coaching on his part, but my God, it gets tired seeing him tirelessly pleading his case to them. I don't know if he even coaches during timeouts, all I see is his fat butt barking at the refs some more... And for the record, I like Bob Huggins, I just think he's picked a style of play that is so aggressive and, potentially, foul inducing, that he HAS to work the refs the whole game or his team would foul out. Maybe if he spent a little more time coaching sound technique as opposed to all out muggings, then he wouldn't have to spend so much time in the refs ears... But it worked w John Higgins tonight, that man swallowed his whistle for WVU, but had NO problem calling ticky tack fouls on us. No consistency from that joker.... Rock Chalk!

From what I can tell, Higgins was the only official who had not worked a WVU conference game. The others had two under their belt. Maybe it takes a couple looks before the mailings become obvious.

I have no problems with Huggins' comments. Actually, the comments about Perry would very generous.

He gets his guys to play incredibly hard which is a tremendous credit to him as a coach and motivator.

And let's face it, everyone is "aware" that the road to the title runs through Lawrence and I'm sure there is a lot of scoreboard watching going on hoping to see us drop a game. However, no one in their right mind is going to admit to it . . . even a guy who gets paid $25,000 to beat us.

I actually like Huggin's Comments but not in regards to being classy or anything like that. Moreso, he was matter of fact and honestly has the mindset that KU should have about playing out the Big 12: focus on the game in front of you, after it's over, let it go.

I hope we celebrated the victory last night, but now it's time to turn the page and gear up for another difficult game this weekend in Norman. It's not like Huggins was saying, "I love Oklahoma, we think about them all the time". Shouldn't do that with any team. We have 3 of the next 4 on the road. One game at a time, we can win 'em all, we could also lose 3 of the 4 pretty easily. Lock in and bring your best effort every game and KU is more than talented enough to win the rest of their games. It's all about energy, focus, and poise with this team.

Huggins seems pretty honest and sincere in his comments, so no big deal to me. A compliment from him is always meaningful, as in the case of Perry Ellis.

At least both teams had a pretty decent night. Can't say the same for the officials.

The fact of the matter is, as long as you take care of your games and your job at hand, it really doesn't matter what the remainder of the Big XII does, and I think that was Huggins attitude and the attitude of many coaches. Leave the scoreboard watching to us fans, we watch it enough for everyone.

I thought the comment on how many jerseys hang in the Phog was a tribute to how many talented players KU has had and have. It's a high bar, I hope Huggins is right and Ellis finishes out with a great year and someday his 34 is in the rafters.

Herb, agreed! I've always been a Huggy Bear fan. He's always done it his way. He's never been much of a media guy, but he's always shown Self and Kansas respect. He shows most opponents respect unless you're Marshall or Rick Pitino.

Huggy will always bring in rift raft type players, but he coaches them up and most succeed. He gets a select few that don't pan out and he cuts them lose or suspends them. He doesn't take a lot of crap which is refreshing.

Brianna I agree 100%, they wouldn't have enough players to finish games if the refs called every foul wvu commits, so he is constantly in the refs ear, and his players act like they never commit a foul, every time one of them is called for a foul they put the hands out and have this pitiful look on their face and say what did I do? It's ridiculous