Vick, a 6-foot-5, 175-pound shooting guard from Memphis, Tennessee, who committed to KU on May 17, averaged 26.8 points in four games for 3-1 Team Thad, which has advanced to UAA’s season-ending Finals in July in Atlanta.

Through 12 games on the circuit, Vick has averaged 17.8 points off 50.3 percent shooting.

He also has averaged 5.9 rebounds, with 19 assists against 18 turnovers. 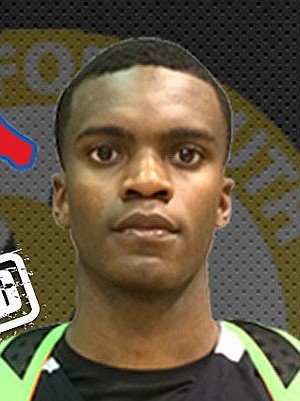 “Kansas commit LaGerald Vick is a legit talent,” wrote Eric Bossi of Rivals.com, who attended the New York event. “The 6-foot-5 shooting guard is ranked at least 100 spots too low (he’s currently No. 137) if he decides to stick in the class of 2016 and should be considered as a talent in that range if he moves to 2015. He can create off the dribble, is quick and has deep range on his shot. Vick is quite thin and the lack of strength could be an early obstacle for him in the Big 12, but he’s an offensive talent,” Bossi added.

“A final decision could be made mid- or late this week,” Team Thad coach Norton Hurd told Zagsblog.com.

For a mixtape of Vick’s play in New York go to http://ljw.bz/1SztYpH

Ballock update: Eudora High junior-to-be Mitchell Ballock’s KC Run GMC team went 3-1 over the weekend, but fell just short of advancing to the Finals in Atlanta. Run GMC lost a tiebreaker for a spot in the prestigious event.

After a tourney in early May, Bossi wrote of Ballock: “After developing an early reputation as a shooter, the product of Eudora High has shown that he’s actually more of a creator off the dribble. Ballock is a strong athlete and very skilled as a ballhandler and passer. He got to the rim, found teammates, made pull-ups and then stepped out to hit three-pointers. Ballock also showed to be a tough competitor playing through ankle and groin injuries suffered throughout the weekend.”

Top guy: The No. 1 player in the Class of 2016, Josh Jackson, hasn’t disappointed on the Under Armour circuit. He has had a 41-point game, tops in three events, and overall is second in scoring at 19.2 ppg.

Jackson, a 6-7 senior-to-be shooting guard from Prolific Prep in Napa, California, scored 24 points and grabbed 14 rebounds for Detroit One Nation on Sunday in a victory that assured his team a spot in the Finals. Jackson has KU on his early list of schools.

“Despite struggling with his jump shot for much of the spring, Jackson was on target Sunday. He hit from deep, he hit from mid-range and then he used his explosive athleticism to finish with emphatic slams. As much as he can do offensively and in the open floor, Jackson is also a leader. He communicates with his teammates and he is a fiery competitor who is every bit as good defensively as he is any other aspect of the game,” Bossi wrote.

Up-and-coming player: The leading scorer on the Under Armour circuit is not yet ranked.

Kameron McGusty, a 6-5 senior-to-be from Seven Lakes High in Katy, Texas, who goes by the nickname “Killa Kam” averages 23.0 points a game off 49.5 percent shooting. He has made 11 of 43 threes for 25.6 percent. McGusty, who plays for the Houston Defenders, is being recruited by Oklahoma, Texas and others.

“At 6-foot-5 he can really create off the dribble, is aggressive and is among the best in the class at moving without the ball. He’s made a play to move into at least the top 75 in 2016 and is maybe even pushing for top 50 status,” wrote Bossi.

Yes. Love seeing the mixtapes. But to get a handle on a player you have to watch him in a whole game because there you will see strengths and weaknesses. And while I am 100% stoked about Vick, favorable player impressions usually follow when you get recruited to KU. Let's continue to be excited, but realistic. Vick is a project who will blossom for Coach Self with time and experience in the system, learning from players ahead of him as he develops skills that will allow him to be successful at this level.

In other news, fetus, Kenny Kane is showing great movement with amazing flexibility. All indications are that this " wing in gestation" will be a dominant outside force for the Class of 2033, unless he is born prematurely thus possibly reclassifying for the Class of 2032. :)

You don't want to hear about our latest recruit, the #1 recruit in the country for next year (who's got us on his list), and the only kid from Kansas in the top 100 in 2017 (who's a heavy favorite to come to KU)?

Shannon, don't get me wrong..I love reading about the "potentials". Heck, I was singing the praises of my fellow St.Louisan, Ben McClemore when he was a freshman in high school. As a natural born class clown, it is a hoot to sometimes take things to the extreme, that's all.

Mixtapes are usually the worst way to evaluate talent but I did notice that Vick seems to have great ball handling. I think he was a perfect get by Self.

A sincere thank you Brett.

Imitation being the sincerest form of flattery I see you have heard what I said and tempered your expectations of Vick, which was my point.

I cannot tell you how important it is to see you use my point to make a similar post, even using some of my words no less.

I cannot Thank You enough for the additional confidence you have given me and hopefully your example shows everyone that my points not only do have merit, but that you actually agree with me. Good Gosh, Welcome to team Crain!

Sincerely, Thank you Brett. This is great news!

I think you confused his statement about "Mack" for "Vick" and therefore think he was saying Vick is slow and has a low release...

Rodney won't ever be confused for genuinely attempting to have a civil discussion. He didn't confuse Mack and Vick. Rodney is just this dishonest.

Which way did he go, George?

From all of these articles I read of Vick I expect him to put up 30 ppg 8 reb 7 ast and be National POY, 1st Team AA, 1st Team All Defense. Nothing any of you say will change my mind.