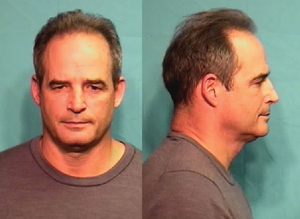 Columbia, Mo. — Missouri has suspended coach Gary Pinkel for Saturday's game and frozen his salary for a year following his overnight arrest on suspicion of drunk driving.

Athletic director Mike Alden announced the disciplinary measures on Thursday afternoon. They include a total of some $300,000 in penalties, including a donation to a campus alcohol-awareness program, and 50 hours of community service.

He will miss Saturday's home game between Missouri (5-5) and Texas Tech.

Boone County Sheriff's Office records show that deputies pulled Pinkel over in Columbia and jailed him Wednesday night. He was released from jail after posting a $500 bond. A county prosecutor said that no decision had been made about filing formal criminal charges.

Nice double standard...he suspends his players two games, but he only sits one.

Seems that way, but it's not.

And what about the NCAA and big12 ...crickets!

So the NCAA is telling us child sex crime cover ups and dui's are ok. Kids trading a jersey for a tattoo is bad.

Big 12 publicly reprimands Shealy and Johnson for questioning a questionable call but is cool with a conference coach no calling safe ride.

(do they still have safe ride? those were the days)

How is the NCAA telling us that child sex crime cover ups is ok, I mean if you are going to make such a bold and libelous statement at least you could back it up. All of this has recently come to light and nobody involved is currently employed by Penn St. and I don't rememver hearing the NCAA say they weren't going to take any action and obviously there is an investigation ongoing.

Punctuation can be fun!

When you can't back up your stupid statements, attack the grammar!

What's to back up? Have you heard a peep from either association on either situation?

Making logical arguments and backing them up is also fun, but I guess you wouldn't know anything about that.

So I'm supposed to f'ing you information on how the NCAA and big12 have did nothing with either case...how do I google that?

Wow. Speaking of puncuation and grammar...

To the extent the Missouri coach's one game suspension is less than penalties imposed on Missouri players for similar infractions it is terribly unfair. As the exemplar for the program, I believe the coach’s penalty should be harsher than those imposed on players. Because of the enormity of the drunk driving crisis and the high regard that many have for coach Pinkel, I think the Missouri administration missed an opportunity to set an example..

The one game suspension seems relatively small compared to penalties imposed by other universities for similar infractions. Perhaps, I am being cynical but I wonder if Missouri's administration would treat this offense more harshly if it occurred outside of football season. The cynic in me also believes the coaches of non net revenue producing sports would not have been treated so generously.

He is not only received the penalty, but he will also have to pay his fine, not to mention what his insurance will do. That is for at least 7 to 10 years of high risk insurance.

I would guess that MU is paying his insurance for his University Car, no affect on him.

Guilty until proven innocent I guess.

dumb comment. He already admitted to drinking and driving:

"I accept full responsibility for my actions and will abide by whatever course of action our leadership deems appropriate." ..."Nobody should drink and drive, including me."

Well excuse me. That was NOT in the story.

He didn't get fined a cent. He forfeited his raise for next yearsbecause it was in his contract that he had to if he got a DUI or committed other offenses. It wasn't money out of his pocket. He is also choosing to make a tax deductible donation. The University didn't do much of anything other than the one game suspension (with pay). Not that they should have fired him or anything, but he should have gotten the same suspension that he gave his players.

Better check your facts. WITHOUT PAY.

Nope. They just suspended him the game and are not giving him the raise due to violating the moral clause in his contract.

He is volunteering that weeks pay to charity. I like that he is choosing to donate the money, but do believe he should have been suspended at least as long as his players did. He is the face of their football program.

According to a tweet from KC Star reporter Blair Kerkhoff, the suspension is without pay. This comes directly from Alden himself: "Alden on Pinkel (DWI). "Goes against everything we stand for...1-week suspension w/o pay.""

He is donating that weeks pay to charity. it is not being withheld from him. The rest of the money is the loss of potential income.

so i should believe you over a direct quote from their athletic director. gotcha.

Contracts are funny things in that you are legally obligated to follow them. If Pinkel and the school agreed, contractually, that this would be the penalty for such an offense, then the school cannot punish him further (unless they are able to argue it steps outside the bounds of the terms of the contract). If they "fined" him more than what is stipulated in his contract, they would be in breech and liable to Pinkel in court.

Of course, Pinkel could decide on his own that he should be punished further, therefore setting an example to his team, which would help him make some serious strides in rebuilding his reputation with the community (i.e. "we don't accept this type of behavior, even when it comes from me," etc.). But that's a wholly different point.....

It is also important to remember that he will more than likely face more penalties from the county courts.

Just like the rest of you, I'd rather coach Pinkel was suspended from the KU game at Arrowhead. That might improve our chance to give MU the sendoff they deserve. Seems I'm alone in admitting that advantage has more to do with how I view the penalty than anything else. I'm sure the administration in Columbia had it in mind.

Let's all hope the TT defense shows up big tomorrow and then the Border War will determine bowl eligibility for the Tigers. That incentive might help us BELIEVE we are headed back to respectability in the conference.

Gary you will fit in well at Penn state next year

Penn State is in the Big 10 not the SEC for the love of mike.

One would assume hawkbono1313 is suggesting Pinkel could have been in line as Penn State's next football coach.

Oh, but he's a winner right? So class doesn't matter. Who needs a guy who stays out of trouble if he doesn't win?

Decent and responsible people with character who understand that life lessons are more important than winning at any cost.

Or was that a rhetorical question?

Perhaps you are in need of a Prof. Frink invention:

Somewhere between mug shot and angel wings would be fine.

A joker? The interviews I've seen don't seem like stand up comedy.

Joe College would have had the mug shots on shirts by now. sigh

haha... I reveal my own immaturity. Ill grow up later :-)

Give the guy a break. He was clearly drinking his sorrows away after thinking about the future of Mizzou football in the SEC buzzsaw....

Doesn't happen often, may not happen again but...

I applaud the University of Missouri on this one. This is no token hand slap for appearance sake. Would be nice to think it may start a trend in real leadership and accountability for all involved with college athletics; administrators, coaches and athletes. (yeah right).

They didn't really do much in the way of punishment. He violated the moral clause in his contract, so he is not getting his $300,000 raise. He never had that money to begin with.

They are suspending him a week and he forfeits any bowl bonus money. Which still never was a guaranteed thing.

He is turning that suspension week over to charity which I agree with, but he should sit the same amount as his players. He is held in higher regard.

Get your posters ready for the Border Showdown!

I'd be boozing hard if I was coach of an underperforming team heading to the SEC next season.

So Mike Sherman is probably drunk off his ass 24/7 then based on A&M's performance this year.

Ummmm... Where does that put Gill?

Wrong! Making him watch us play football from the sidelines is a major punishment!!!

manners are your bad manners

Well, gosh, isn't that amazing! It will be interesting game at Arrowhead for the last Border War. KU fans/students will have a field day making posters. Kind of agree with Milehighhawk--you are definitely spot on!

This is BS. I would assume KU would give a much harsher penalty if one of their coaches was driving drunk. Pinkel shouldn't be allowed to drive for a very long time and then suspended half a year. People don't take drunk driving nearly as serious as they should until one of their loved ones is killed by some a**hole who drank too much and decided to get behind the wheel of a car.

Looks like Pinkel got drunk off all that Triple SEC!

Wow, and to think, Mangino was fired for poking some (whiny crybaby) kid in the chest.

His behavior is acceptable in the SEC. Hair of the Dog, big Caddies, and payola go together in the SEC.

I'm sure that is exactly what you after Brady's DUI.

Can I go conspiracy theory here?

MU higher ups knew GP was in position for the Penn State and Ohio State job and set him up!

The LJW really has a crack group of investigators... I had this up a good 12 hours before it was on KU sports.

Ok I guess im not the best with time...and reading...Well I guess I beat you by about an hour so take that! My BAD!

What's your address? I would like to mail you a box of congratulatory cupcakes!

Just heard someone on ESPN call it Pediphile State University!! Isn't that libelous or at least in really, really bad taste???

In order to prove libel, Penn St would have to show that the ESPN personality made an untrue statement of fact about the University. It could not have simply been an opinion. To point one, it would be difficult to show it as an untrue statement of fact as it appears a pedophile was, in fact, conducting his behavior on campus grounds, and, to the second point, the statement taken literally would suggest that the University is made up entirely of pedophiles, or in the business of teaching pedophiles how to conduct their business; neither of which -- I would think -- a reasonable person would see as the intent of the ESPN personality's statement. It seems to be a clear exaggeration for emphasis. Therefore, I'm guessing it would be viewed as opinion in court.

But I'm guessing you were probably just asking that question in a rhetorical nature... :-)

What a way to end his final Big12 home game, watching from Harpo's, throwing down a Triple SEC and hoping to survive the final KU game the following week. Add to the illustrious coaches Snyder, Haith, Pinkel and The Paige Center.

MU had to make sure Pinkel was on the sidelines for KU, didn't they? I mean seriously.

Was Gary Pinkle Drunk? Here is the dash cam video and an explanation of the Field Sobriety tests. You be the Judge.