Kansas University's athletic department will save thousands of dollars thanks to a new NCAA rule limiting the size of sports media guides.

"We'll print the same number we have in the past," said Chris Theisen, assistant athletic director for media relations. "But paper-wise, we'll save money."

The NCAA has determined college sports media guides will be limited to 208 pages beginning with the 2005-06 school year. That means KU will have to cut back from 284 pages for football and from 236 pages for men's basketball.

Theisen expects to save thousands of dollars as a result of the NCAA -ordered cutback.

Printing expenses, Theisen said, accounted for 44 percent of his department's budget. He is unsure, however, about the exact savings because he won't advertise for bids from printing firms until next week.

Ever since the NCAA ruled several years ago that schools no longer could produce recruiting brochures, informational media guides were expanded to include gushing superlatives about the university and its athletic program.

Eventually, many schools began to expand the guides in an attempt to impress recruits. Missouri's 2004 football guide, for example, is bigger than many phone books. It contains 614 pages and is believed to be the thickest and heaviest in the country. 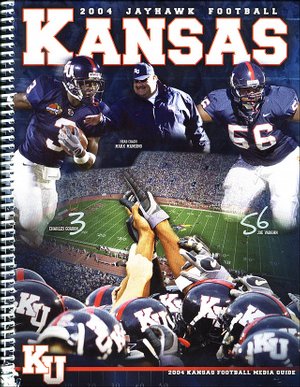 Kansas' checks in at 284 pages. Both must be smaller than 208 pages next season.

"We were pretty fortunate that coach (Mark) Mangino didn't want a big fluff book," Theisen said, "and neither did coach (Bill) Self."

Theisen stressed that no essential information would be left out of the new truncated guides.

"The last thing we want to do is lose the history," Theisen said.

Mostly, the page-saving will be accomplished by using smaller type. 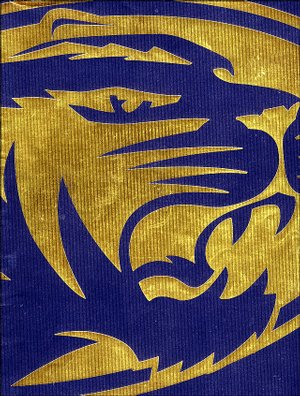 Missouri's 2004 football media guide unofficially is the largest in the country at 614 pages.

Mason Logan, the media-relations director in charge of football, sliced the year-by-year history section in half by reducing the type size.

"I didn't take anything out," Logan said. "I kept the stuff the coaches like and all the player bios. I cut back some on opponent's info, but basically I just made some of the type smaller and cut a few pictures here and there."

Supporters of the rule restricting media guide size say it will save money and reduce the pressure on lower-income programs trying to keep up with the big spenders.

"A coach would drop a 15-pound book on a recruit's table," Logan said, "and some of them thought that was pretty impressive." 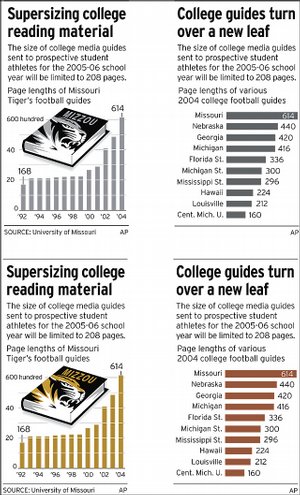 June is crunch month for football media guides. All the copy for KU's book must go to the printer by July 1 so it will be available for the sports writers and sportscasters who attend the conference's preseason media days July 19-21 in Houston.

Like other major universities around the country, KU produces media guides for all of its varsity sports. Third in size among the KU guides is the 180-page women's basketball book. All the others are under 100 pages. For example, the baseball guide contains 84 pages, volleyball 72, rowing 28 and men's and women's golf, 24 apiece.

The KU athletic department mails hundreds of its media guides to various outlets around the region and around the country, but will not realize any postal savings from the new NCAA legislation.

According to Candace Dunback, the media-relations department office manager, each football guide will weigh about eight ounces less than last year but, she said, "It won't have an effect because we pay a flat rate."