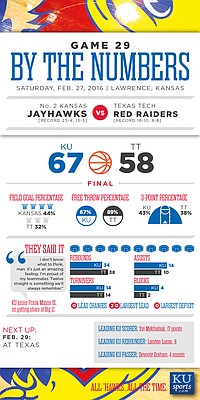 Jayhawks make it 12 straight titles, with win over Tech