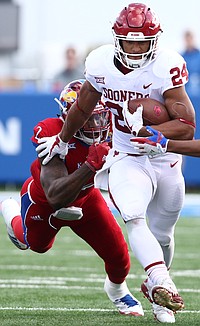 View a gallery of images from Saturday's game between the Jayhawks and Sooners at Memorial ...