Regardless of your score, you'll want to play No. 3 at Canyon Farms again and again 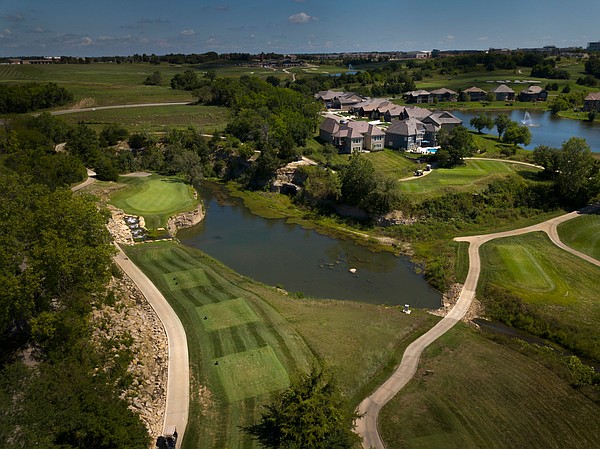 I started playing golf sometime in my teens and have only increased my number of rounds per year since then.

Conservatively, I’m guessing I’ve played 650 rounds of golf in my life at at least a couple dozen different courses.

Never before have I see a hole that looked so visually appealing and presented such an intimidating challenge as No. 3 at Canyon Farms Golf Club in Lenexa.

The first thing that strikes you about this course is the beautiful condition it is in. The fairways are immaculate, the greens are gorgeous and the clubhouse, which is about a year old and improving by the day, is among the best in a 100-mile radius.

But all of that pales in comparison to the sight of the third hole. A 146-yard par 3 from the tips, there is literally nowhere to put your tee shot but on the green. Left, you’re out of bounds. Right, you’re off a cliff. Long, you’re out of bounds. And unless you’re really short there’s nowhere to land it near the front of the green either. You really have to be perfect with your shot.

As you curve around the cart path past a group of bushes from the No. 2 green, the first thing you see is what looks like a cave across the water. Elevated about 20 feet and across the water on the other side is the green.

I’m not going to lie. My first thought was one of fear — how am I going to play this hole and how high is my score going to be? 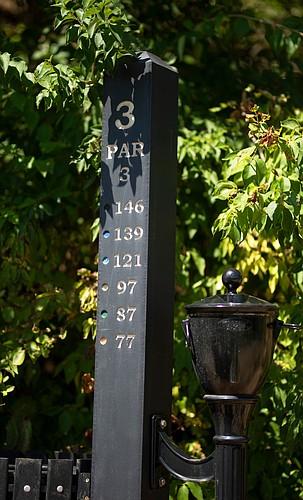 But after standing there and taking in the scenery — from the cliffs and the pond to the super cool waterfall that runs in front of the green on the left side just off the cart path — my focus went back to the most simple aspects of golf. Take dead aim, use a nice, easy swing, trust the club and don’t worry about all of the noise and distractions.

Just in front of me was a group of two former college golfers who played the hole first. It helped tremendously to see their shots (both of which landed on the green) because (a) it showed me it was possible and (b) they told me what clubs they hit and how the wind up top affected their shots.

Although the distance seems short, the wind on the day I played it made it play about 170. I grabbed my 6 iron, hit it high and watched my tee ball soar to the front right of the green. It landed soft, hugging the right edge of the green, and gave me an opportunity to breathe a sigh of relief. At that moment, even though I knew that it might still take me three or even four putts to get home because the flag buried all the way in the very back corner of this green, I also knew I was not going to take a 7 or 8 after losing two or three tee shots off the cliff.

So walking up to my ball, I felt victorious already.

When I got up there, I realized that the fringe actually cut back into the green and my first putt was going to have to run through it to stay on its line. That immediately took any ideas of birdie out of my head and I was hoping for a two-putt par.

As tough as it was, I hit a lousy first putt. It was way more uphill than I realized and I left it about 18 feet short and to the left.

I missed that one, too by playing a little too much break. My par putt stayed pretty straight and I cleaned up the last foot for an easy bogey. I’ll take it. From the tips, on a hole like this, bogey is not at all a bad score.

This hole is one you wish you could play again as soon as you’re finished — regardless of what you scored and there’s no doubt I’ll find my way back to Canyon Farms often in the near future.

Book your tee time today at Canyon Farms for a round of golf you won't soon forget. And tell 'em Tait sent ya. 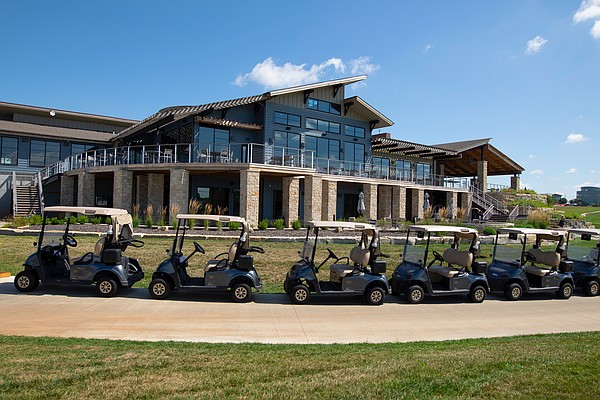 Towering over the Canyon Farms Golf Course to the north, this clubhouse, which is now about a year old, is every bit as eye-catching as any of the 18 holes it overlooks. by Nick Krug

Be sure to enter this week for your chance to win a free round of golf at Canyon Farms and see this magnificent hole for yourself.

Last week's winner of a round of golf, with cart, at Falcon Ridge Golf Course was Caj Kueffer. Congratulations!