NCAA leadership lacking when college athletics needs it most 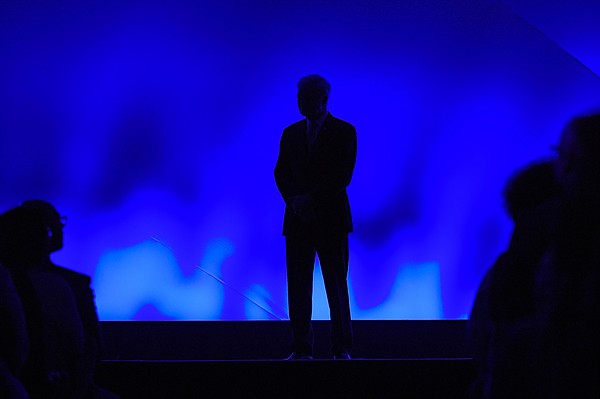 It’s astonishing to me how college football, which operates under the NCAA umbrella and has done so gainfully and successfully for decades, can be so segmented during a time when conferences need to come together to find a way to play during the pandemic.

There’s no one to blame but NCAA leadership for that.

Instead of one voice tying all of these conferences and football programs together, it’s been up to the conference commissioners to take the lead, with athletic directors, coaches and even a handful of players having more to say than the powers that be at the NCAA.

Instead of one medical expert or team of doctors gathering and sharing data that can be used coast to coast to help make and shape decisions about playing college sports this fall, the individual conferences and universities have had to rely on their own medical experts to corral enough information to make informed decisions. Or at least to delay making them.

There’s nothing wrong with using those resources. Many universities, especially at the Power Five level, have elite medical schools that are more than capable of providing quality, cutting-edge research and data about COVID-19.

But the opinions of the medical professionals who work and teach there should be used as enhancements and validations of a bigger voice, not as the driving force behind a bunch of individualized plans.

After all, this is new territory for all of us. And trying to tackle it alone is not the advisable path.

There is strength in numbers and a strong national plan about how to attack the fall sports seasons would have been golden.

Instead, we’ve been left with colleges and conferences operating on some sort of lost battleground, with the Big Ten and Pac-12 saying one thing, the SEC and ACC saying another and the Big 12 biding its time and trying to wait until the last possible minute to make a monumental decision that carries a heavy financial burden with it.

In a very strange way, that reality has painted the picture of a group of conferences at odds with one another.

Real or perceived, what good does that do?

I get the big picture here. We’re in the middle of some scary times in college athletics and no one — at any level — wants to be the one to make the decision that leads to huge financial loss or, worse, to serious medical issues or even death.

But does that fear justify doing nothing? Not when your job is to govern college athletics and to help guide your members through issues of all kinds, from rule changes and realignment to a 100-year pandemic and everything in between.

The most recent update we've heard from NCAA president Mark Emmert came last Tuesday, when he pushed his update on the fall sports situation to Wednesday and then said very little.

I'm not saying Emmert and the rest of the officials in Indianapolis aren't working hard behind the scenes to try to help figure some of this out. I'm sure they are. But they're certainly not leading in any way.

The NCAA has failed its members in this area and the worst part of all is that we’ll probably never get even a decent answer as to why.

I’m sure they have their reasons. And some of them might even be valid. But if they’re valid enough to keep NCAA leaders quietly standing on the sidelines during one of the most critical moments in college sports history, doesn’t that lead you to wonder what good the NCAA is anyway?