Postseason seeding may be harder to trust than ever this year 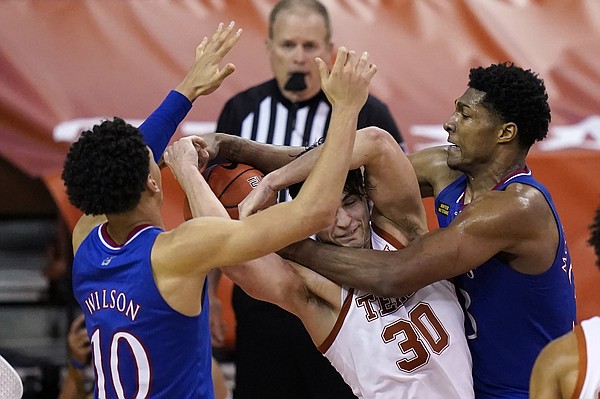 Most years, fans of Big 12 Conference basketball can look at how the seedings may shake out for the conference tournament and breakdown matchups and the possible paths to a Big 12 tourney crown for four or five different teams.

This year, however, Kansas coach Bill Self believes all of that can be thrown out the window.

Even with that being the case, all 10 teams will still be assigned a seed and, like always, the No. 7 seed will play No. 10, No. 8 will play No. 9 and the quarterfinals will follow a day later just as they have in years past.

The problem is, we won’t really be sure if that No. 3 vs. No. 6 game on Thursday (March 11) is pitting the conference’s third best team against its sixth best. Same for the 4-5 game and on down the line.

Does it matter? Not in any real concrete way. Sure it will impact the way the tourney plays out and it might play a substantial role in which team gets to take home the hardware.

But in the grand scheme of it all, the Big 12 tournament is more of an afterthought this year than ever before. All of these teams, regardless of where they sit today or even where they end up being seeded when March 10 rolls around, are playing for NCAA Tournament seeding. That will be determined on Selection Sunday, March 14.

“We knew going into the year that we were playing for seeding for the NCAA Tournament, not the Big 12 tournament,” Self said.

The reasons for that type of focus were obvious.

For one, no one knew for sure when the season began if there was even going to be a Big 12 tournament. It seemed obvious even back then that the NCAA was hellbent on having the NCAA Tournament in 2021, come hell or high water. But if that meant the conference tournaments had to be scrapped to make that happen, you can bet that would’ve been the case.

For two, everyone knew going into the pandemic-adjusted 2020-21 seaosn that there would be disruptions and unbalanced schedules and interruptions and missed games throughout the season, which made it hard then — and still hard today — to put too much stock in what happens during the regular season, good, bad or otherwise.

That’s not to discount the terrifice seasons turned in by Gonzaga, Baylor, Michigan, Ohio State or countless other teams. Nor is it intended to a free pass for some of college basketball’s shiniest programs which struggled mightily at times this season, Kansas included.

Instead, it serves as a reminder that the most important thing that can happen between now and the end of March will happen between the lines. And we’re not talking seed lines.

Seeds will be more irrelevant than ever. And the Big 12 tournament will be a great example of that.

Depending on how the final week and a half of the regular season plays out, Kansas could finish as high as third or fourth or as low as sixth or seventh in the Big 12 standings.

You could make a case that that range carries over to KU’s NCAA Tournament seeding possibilities, as well.

For the most part, that’s true every year. But it seems like it will be even more true this year because the seeds that so often help define these teams may be incredibly difficult to trust.

I would argue that conference tournaments are ALWAYS afterthoughts. Of course because of them, some teams are able to get into the Madness that wouldn't otherwise have made it. But that also means that some tournament-worthy teams don't make it because other teams got hot for three or four games.

As with the ridiculous conference championships in football, the conference tournaments are played for one reason and one reason only: to make money.